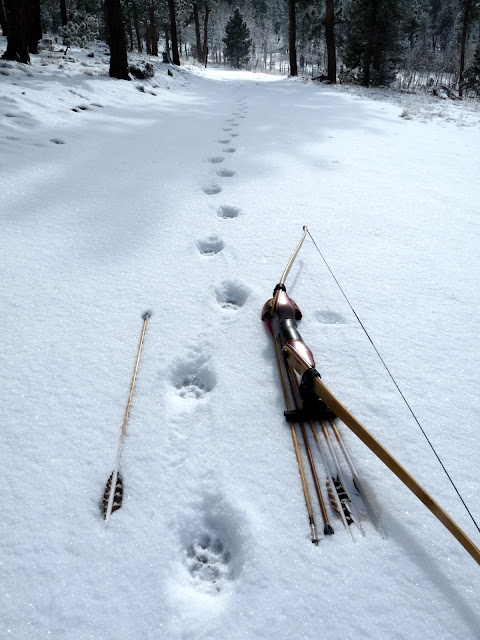 Danny and I decided to do a little coyote calling in the mountains this past weekend. We had been seeing lots of tracks and thought that our chances would be pretty good. Plus it was a good excuse to get outside, cabin fever is really starting to set in!

Our first set up, seen below, was in the middle of a part of the forest that was recently logged. We figured it would give us a longer line of sight so that hopefully we could see the coyotes before they were right on top of us. 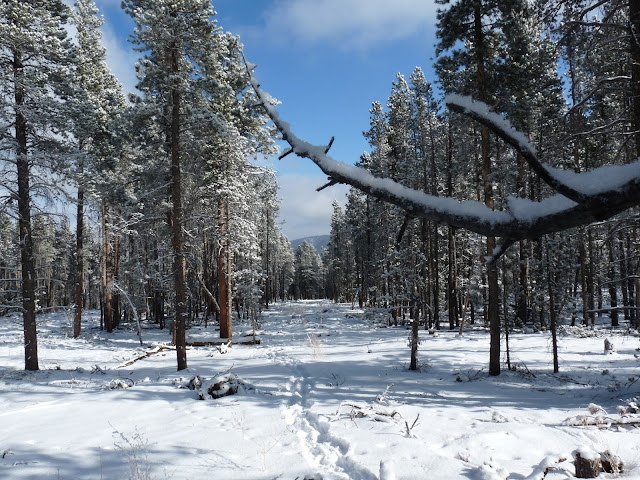 Nothing came in to our first calling sequence so we decided to hike over to another drainage and call again. On our way we ran in to this: 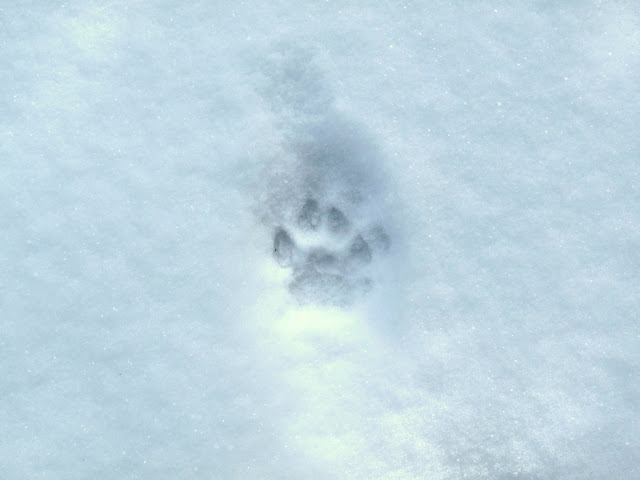 The tracks were super fresh and I had a mountain lion tag in my pocket, so what could it hurt to follow them for a little bit.  A little bit turned in to a long bit, and we spent the better part of the day following mountain lion tracks.

It started snowing pretty good on us so we had a good idea how fresh the tracks were. About 5 miles (as the crow flies) in to our hike we came across the cat's bed. A little further and we found some pee in the snow, still warm. It looked like the cat knew we were close, it started to lead us through some real gnarly stuff. The cat headed straight down the canyon from hell, and as far from the truck as we were, we decided that the cat had won. We turned around.

It was very interesting to see how the cat traveled through the country. It would often follow the very top of a ridge, or follow a road. Every time it came to an outcropping of rocks it walked to the edge as if to look around...just like I do. 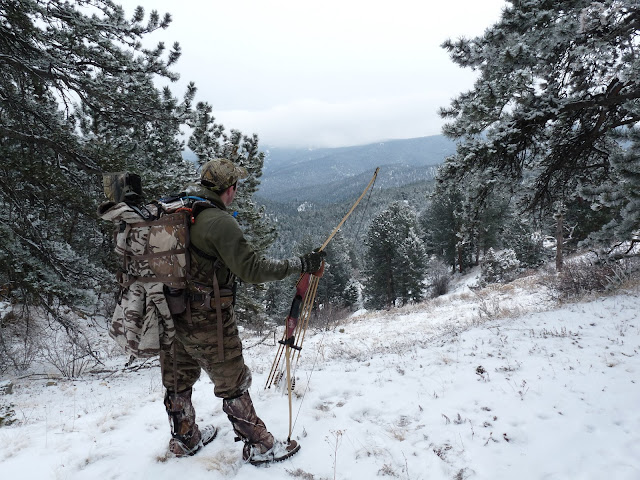 I had not planned on walking that far and was carrying WAY TOO MUCH gear with me. 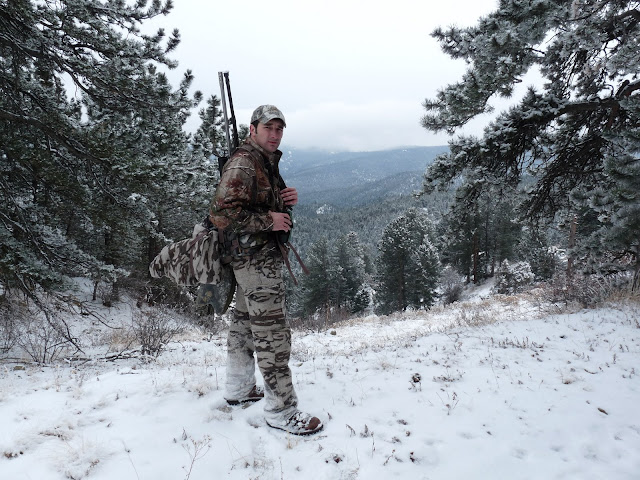 Danny is still getting over a shoulder surgery and cannot shoot his bow. 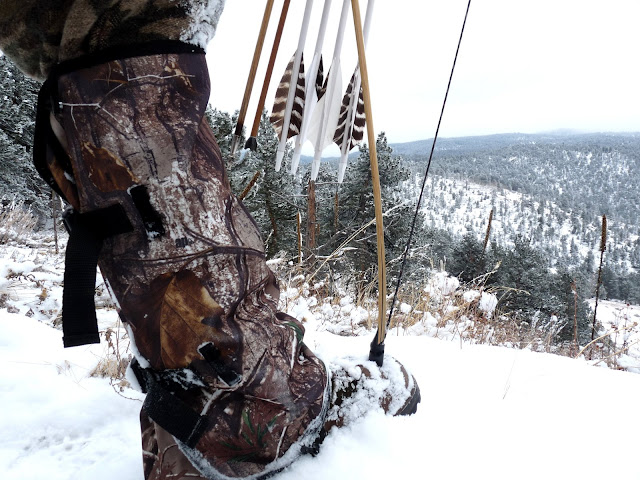 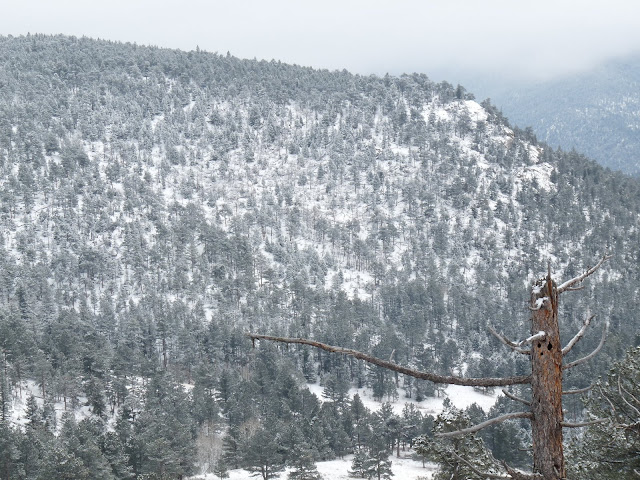 We were in pretty big and vertical country. We saw lots of deer and even some fresh turkey tracks. I know where I'll be when the turkey season opens in Colorado!
Email ThisBlogThis!Share to TwitterShare to FacebookShare to Pinterest