After Tom and Dan got done hunting in Wisconsin they decided to make a stop-over in Nebraska. After all, the deer were rutting, and it was on the way home!

Big bucks seem to materialize out of thin air along the particular river where they were hunting. Chad, Tom's nephew, sees a real bruiser or two every year around the first week of November. This year was no exception. 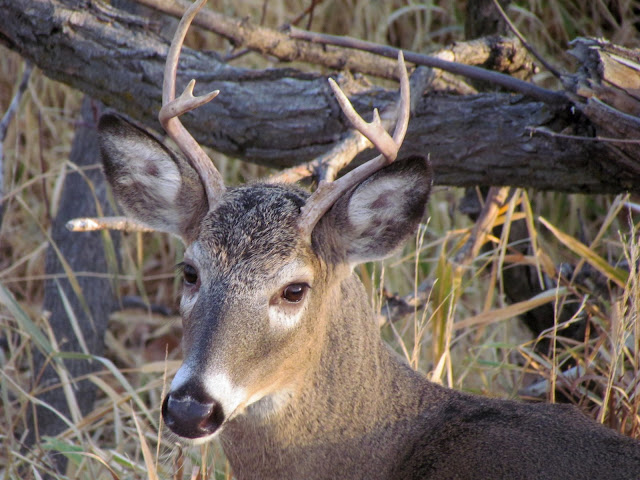 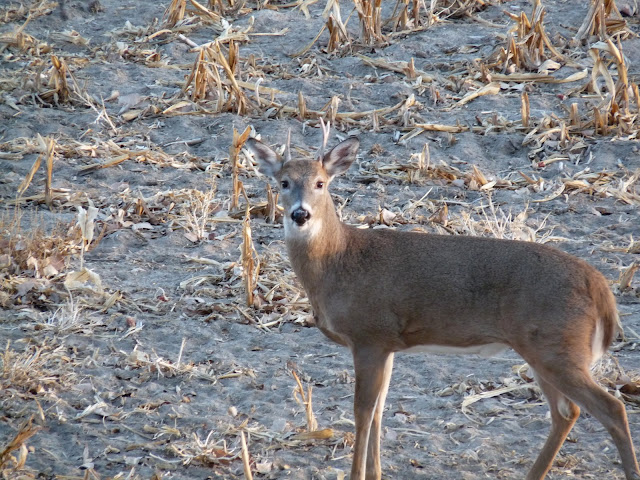 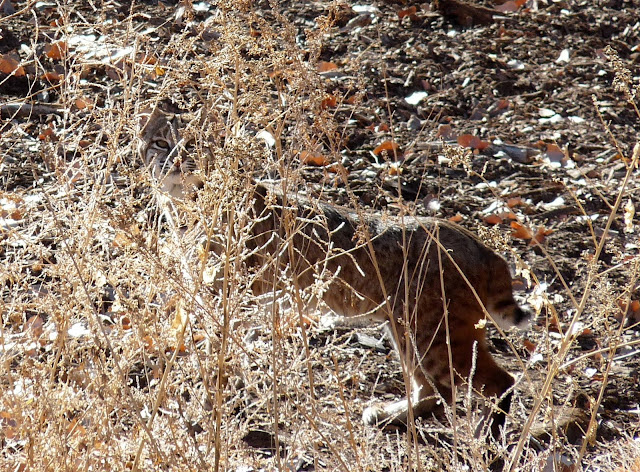 Danny had this great looking bobcat meander by him. 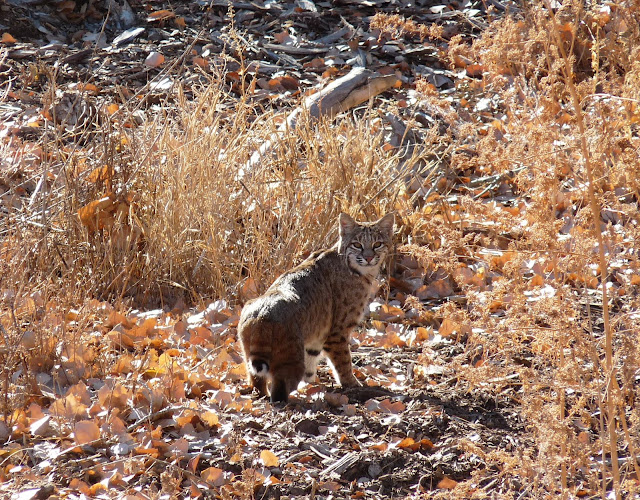 On the morning of November 8th Chad was sitting one of his favorite stands. Some noise behind him startled him to attention. Peering over his shoulder he saw a set of antlers quickly moving his direction. As fast as he dared Chad removed his bow from it's hook. In no time the buck moved in to sight. A quick glance confirmed it was a nice buck, and no later was an arrow on the way.

Chad is a deadly shot. This was no exception. The bucks crashed a short ways before dying. He is an absolutely beautiful deer, a perfect example of the species - not a monster, but not a baby. Chad shot this deer with his Bassett recurve, Carbon Express Heritage arrow, and Magnus Stinger broadhead. 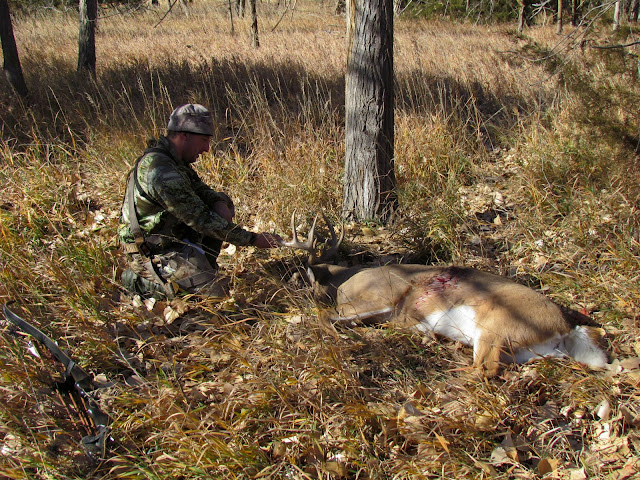 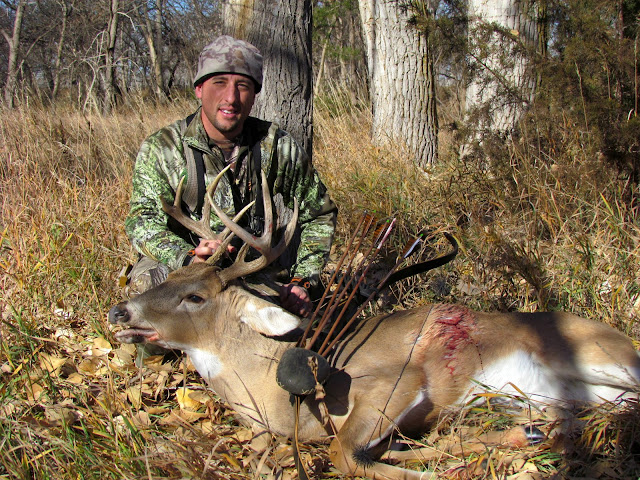 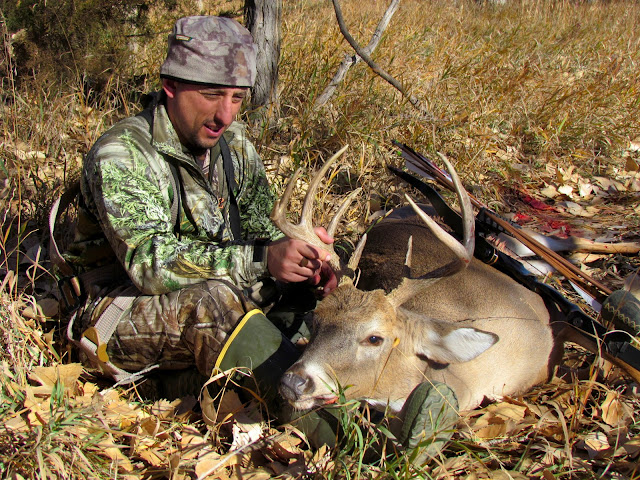 That same morning Tom watched a fantastic buck pass by him at 45 yards - just too far with the recurve. Based on the direction he was headed Tom chose his stand for the evening. Danny posted in the same tree Chad had success in that morning. The general consensus was that was Tom was in the sweet spot, and everybody hoped the big buck would move through that area.

As luck would have it, as luck always has it in this family, the big buck walked right by Danny instead. A shoulder injury forced Danny in to a super light weight compound bow for this season. But it would take a lot more than that to keep Danny from hunting. The pain was almost unbearable, and it was a tough decision to forego surgery until after the season. But clearly it was the right decision!

Danny struggled to pull back that light weight compound as the beautiful buck walked along the edge of the field. Part of what makes Danny such a great hunter is his ability to close the deal in the heat of the moment. And he did. 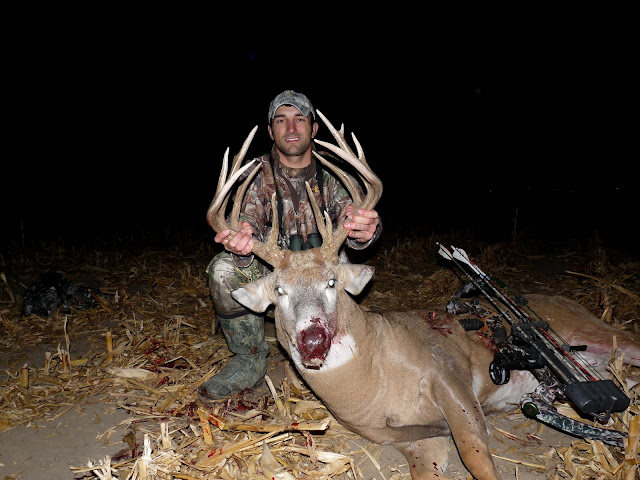 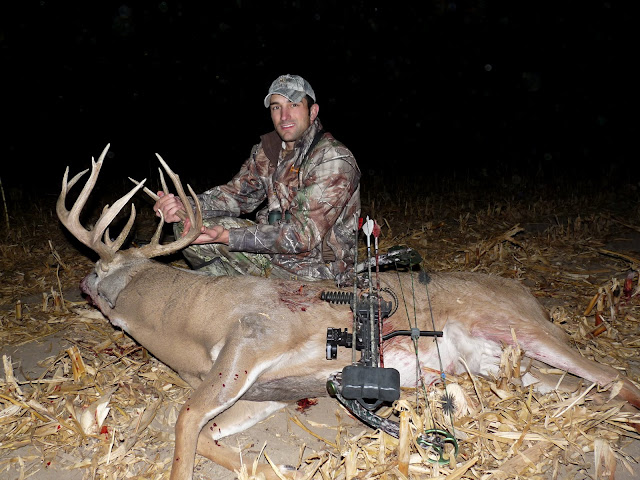 November 8th turned out to be the perfect day to cap off this stellar season for Danny and Chad.
Email ThisBlogThis!Share to TwitterShare to FacebookShare to Pinterest