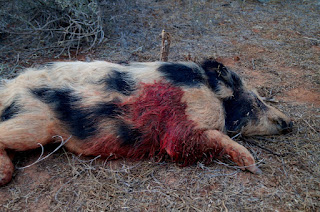 This past week a group of eight traditional bowhunters from Colorado made their way to Texas to hunt wild pigs.  I was just so lucky enough to be on the trip. We were hunting on the Martin Family Ranch, north of Abilene.

The ranch we hunted is 20,000 acres, more than enough for eight guys. The ranch house has 13 beds, a large screen TV, large kitchen, and two bathrooms. The lease managers on the property stayed with us at the house the entire time. They were very willing to help with anything we wanted, or just step back and let us do our own thing. They treated us the exact way I would have wanted to be treated. 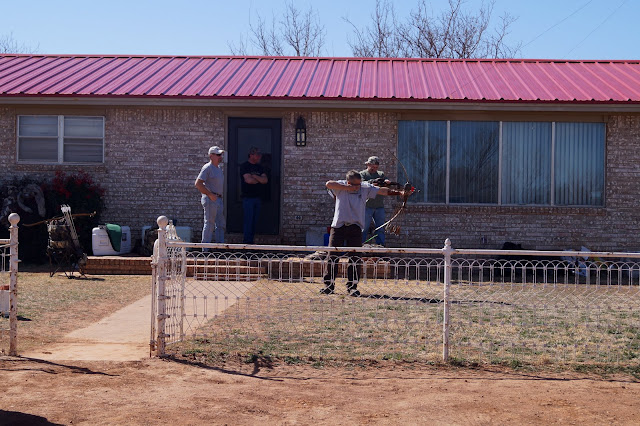 The first night in to the hunt Eric Sawyer shot this beautiful bobcat. Man! I would trade a lot of pigs for the chance to shoot a bobcat. What a trophy! Eric also shot a nice pig the following evening. 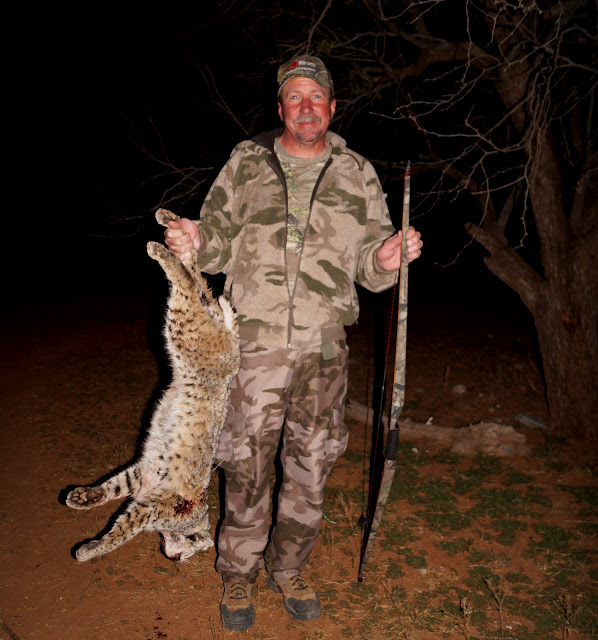 They told us that there are not many armadillos on this ranch. This guy was too busy digging around to hear me walk up behind him. I gave him a little nudge with my boot right after I took this picture. 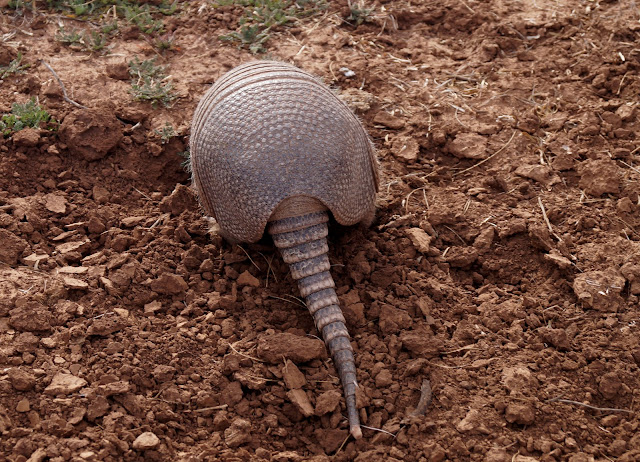 Tracy Gullisken right before an encounter of the swine kind 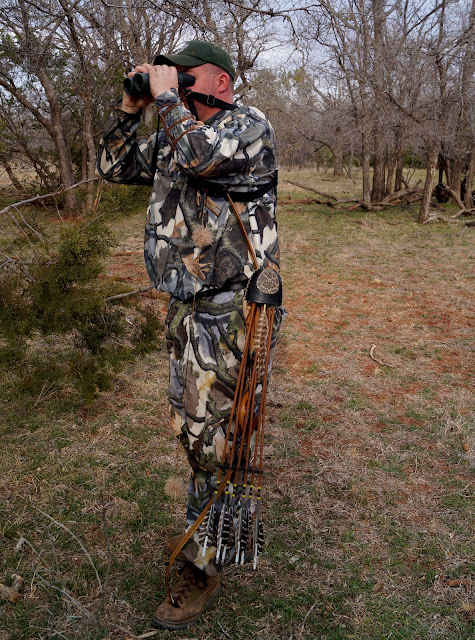 Pictured below is Poke Mountain. Yeah I know...mountain? I guess not everything is bigger in Texas. It ain't even fit for children to climb! Poke Mountain is supposedly a honey hole for hogs but I never made it up there. 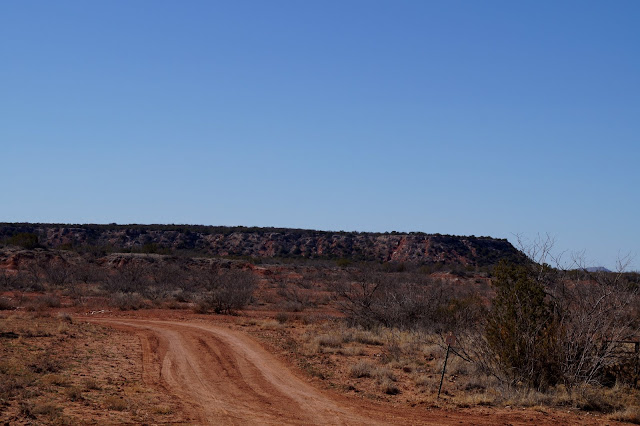 Another view of Poke Mountain at a distance 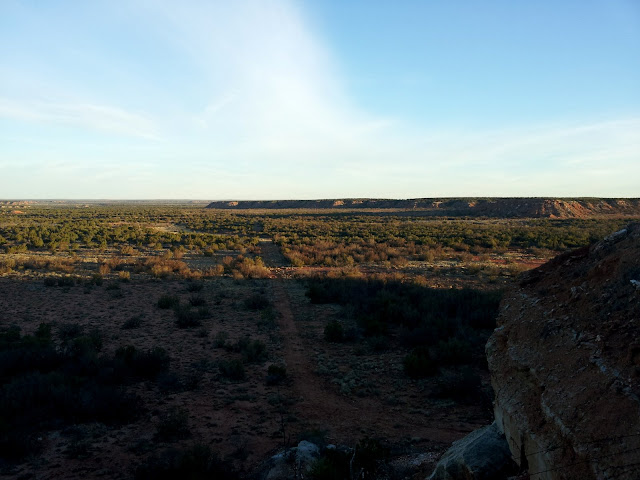 Some of the beautiful country we were hunting 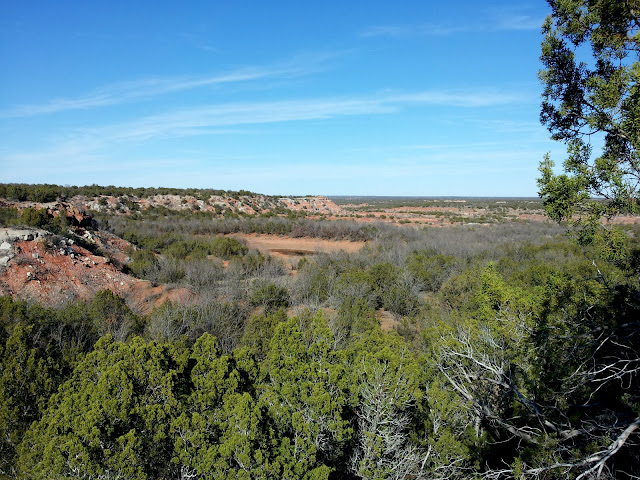 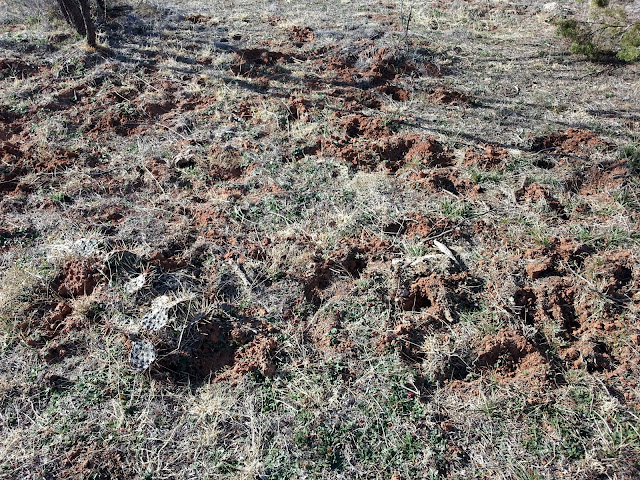 I don't remember the name of the plant but this little booger is what the pigs were going crazy for. Keep scrolling down and you'll see why. 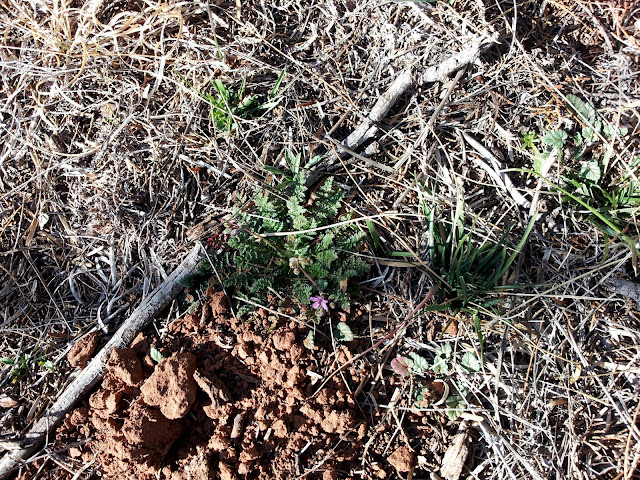 That big, long root has the pigs going hog wild. I cleaned it up and gave it a try. I would say that it tastes like a very mild radish. It's really not bad. I'm not sure what it would do to my digestive system but I think it would taste lovely in a salad. 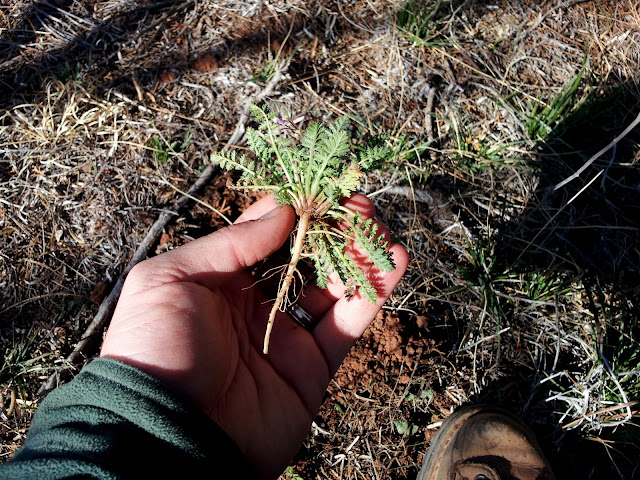 On this hunt I used a Chargin' Bull bow, the second one ever made, crafted by my cousin, Chad Graham. I had not owned the bow for a day before it drew its first blood. 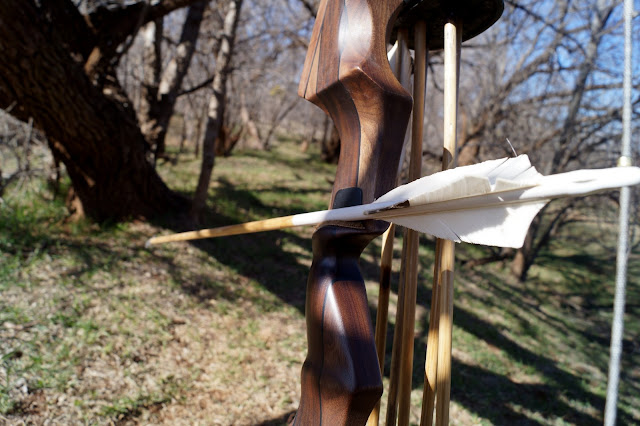 Now on to the hunting part! The guys recommended that I come sit by this feeder for an afternoon, claiming that the pigs were hitting it regularly. But as I sat there a strong, strong, north wind kept blasting me in the face. I looked around, trees and limbs and bushes and everything else were moving all over the place. I decided it would be a dang waste of a windy day not to 'still hunt' up a nearby creek . 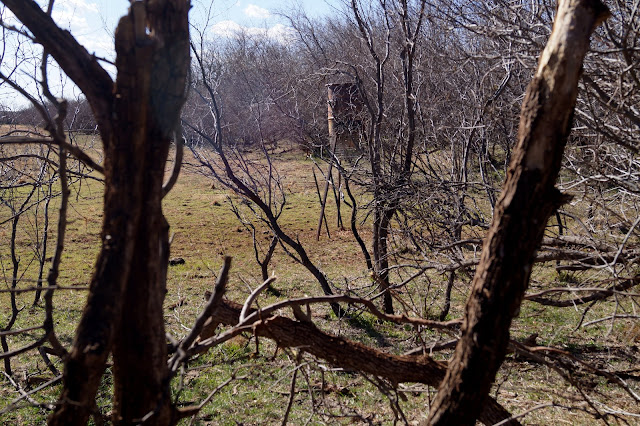 So I started hunting my way in to the wind. I'd move 30, 40, 50 yards, or whatever felt good, and then sit around and look at birds, look through my binos, or do anything I could to force myself to go slow. I had three hours to make my way through an area that I could walk fast in 25 minutes.

An hour into my hunt I knelt down in a likely looking area. While glassing through my binos I spotted some feet walking on a little bald knob. My first thought was deer, I never expected to see a pigs little tiny legs moving around. But sure enough, a little red pig was feeding along. The red pig and another were kind of angling towards me.

My mind and body switched into Panther Mode. I angled towards them, trying to cut them off.

After closing the distance to about 30 yards I sat down to see what they would do. The wind could not have been better - it was still blowing very hard and right in my face. Since the pigs were coming right at me I waited to shoot. I was enjoying the show.

The red pig fed into a little depression about five yards from the tree I was hiding behind. I drew my new bow as the pig turned its head and gave me a broadside angle. Now I've never claimed to be a real dead-eye with a trad bow, but at five yards even I hit what I'm aiming at...usually. 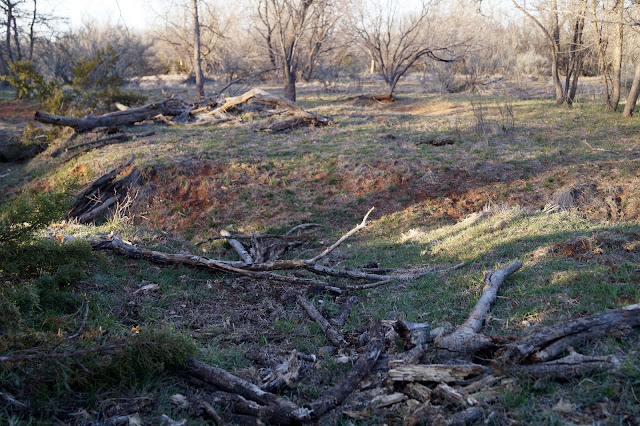 The pig ran about 40 yards after my shot. I used an Eclipse 4-blade on a cedar arrow. 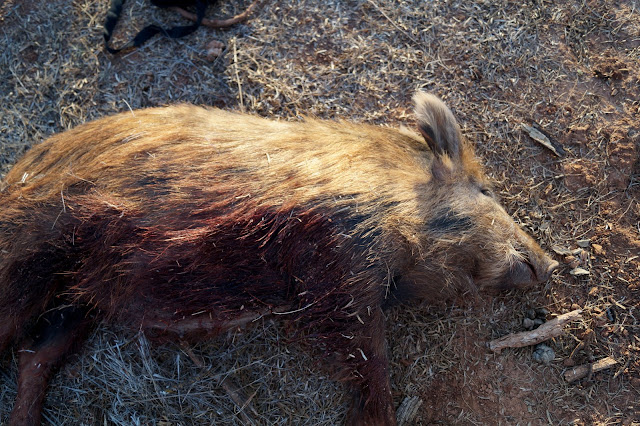 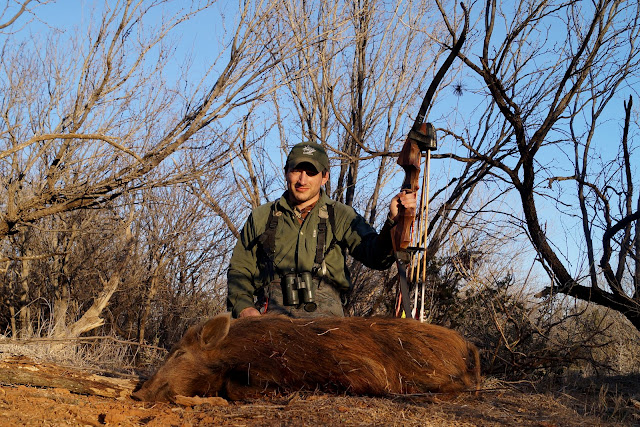 I think this is a good way to start out with a new bow.
Just hours into its hunting career and we made meat! 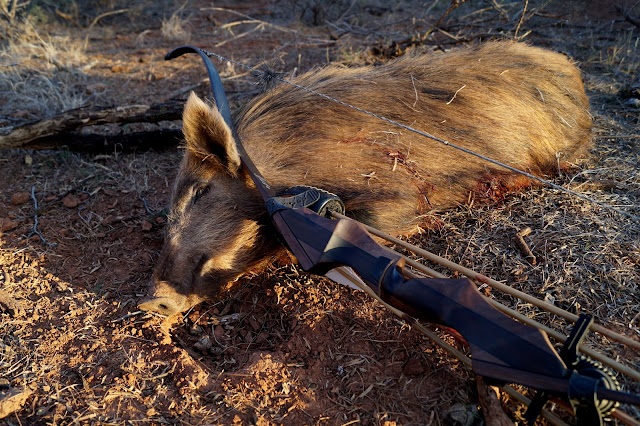 Of course I had to snap some pictures before the sun went down. So I took a few pics of the pig and got ready to clean it. The Silver Fox (that's what I call my Dad) put a wicked edge on my knife before the hunt. I couldn't wait to use my sharp knife so I pulled it out to gut the pig. Only five inches into my first cut and I was interrupted by pig grunting. I look up and see a small group of pigs walking right towards me. Back into Panther Mode.

But where's my bow!? Not by my side! It's ten yards away in a bush and I am in plain sight of the pigs.

So I started snorting like a pig and crawled over to my bow. The pigs accepted me as one of their own and kept coming my way. Turns out my wife is right, I am a pig (and a good one)!

The first pig to come by wasn't so convinced that I was a bush, so I let him walk on past. The second pig though...he wasn't so lucky. Arrow #2 was put in flight.

My view from where I sat with the first pig. 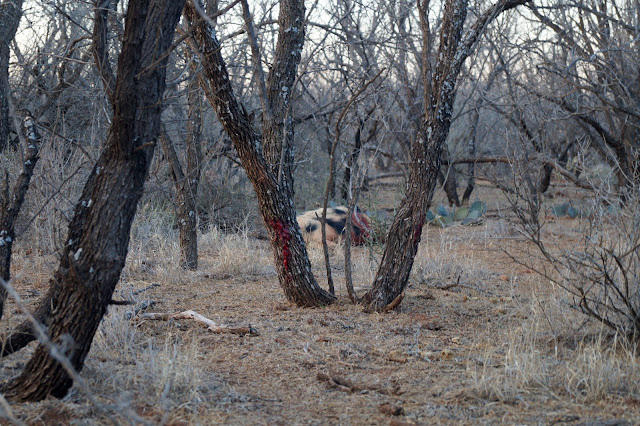 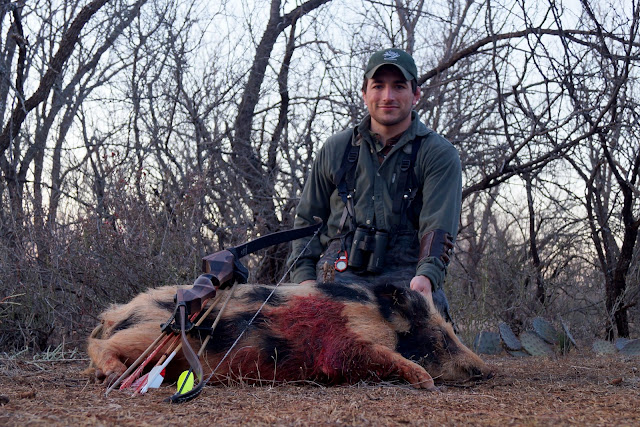 Both pigs fell within sight. They certainly weren't big. But hey, anybody can hit the big ones!

All in all we had a really fantastic time. Of the eight hunters that made the trip six got good shots at pigs, and most got multiple shots. We are definitely going back next year. Anybody interested in a real good time needs to get in touch with us so we can pass along the information for this ranch. There are no high fences, you can hunt however you would like, and the lease manager is a traditional bowhunter.

My new, 60", Chargin' Bull recurve weighs in at 64@28". I used cedar arrows and killed both pigs with 4-blade Eclipse broadheads. The first shot was a complete pass-through  and the second shot left about 5 inches of arrow sticking out on the near side. Broadheads were 145gr and arrows came in around 570gr.

Time to get ready for one of my favorite times of the year...turkey season!
Email ThisBlogThis!Share to TwitterShare to FacebookShare to Pinterest