I love this time of the year. The season is just around the corner. We've been spending as much time as possible learning new country, and of course, checking in on favorite spots.

It's tough to be the apex predator!
Dan spent some time in the high country this past week. He saw some beautiful country, but had an experience that even the most avid outdoorsmen dream of. Viewing a wild mountain lion doing its thing is rare enough for most of us. But seeing one interact with other animals is all the more special.

Dan and a few good friends were riding their horses through some serious elk summering ground. They saw several groups of over one hundred cows and calves, and many small bachelor groups of bulls.

One morning they heard a couple of coyotes making a heck of a racket. One of Dan's friends made the comment that he had heard that vocalization before, in Yellowstone, when a pair of 'yotes were chasing a lone wolf. Dan didn't think much of that comment, at first.

They snuck over the hill to see what all the fuss was about. Amazingly, the coyotes were harassing a full grown mountain lion. Right as Dan got the spotting scope out one of the coyotes bit the mountain lion by the tail and started shaking it, like a dog would do to a rabbit. The big cat sent that coyote rolling down the hill with a huge swipe, then batted the other one as it came to help his buddy.

The coyotes kept harassing the big lion until he trotted off. 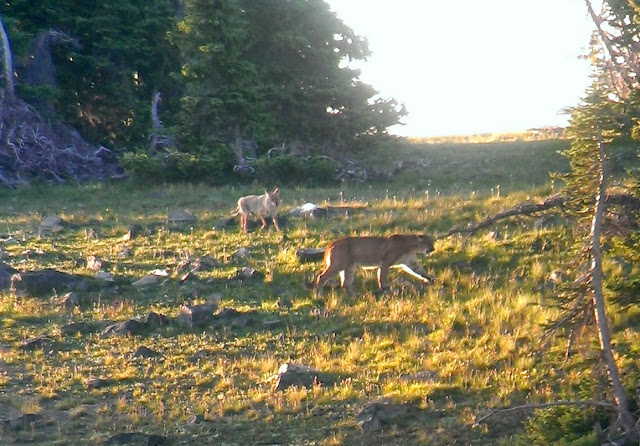 But the big cat's troubles were not quite over. The coyotes were annoying him, but there were just two of them. Just down the hill were about 65 elk, more than half of them pissed off mothers. What Dan witnessed next was amazing. Half of the cows surrounded the calves and ran them down the hill, further from the cat. The other half of the cows formed a mass of wapiti and charged up the hill towards the lion! They ran him up and over the hill before returning to the rest of the herd and the calves.

After running the cat off the herd moved closer to Dan's position. He snapped a pic of a small portion of the herd. You can see several of them visibly winded from all that running around. 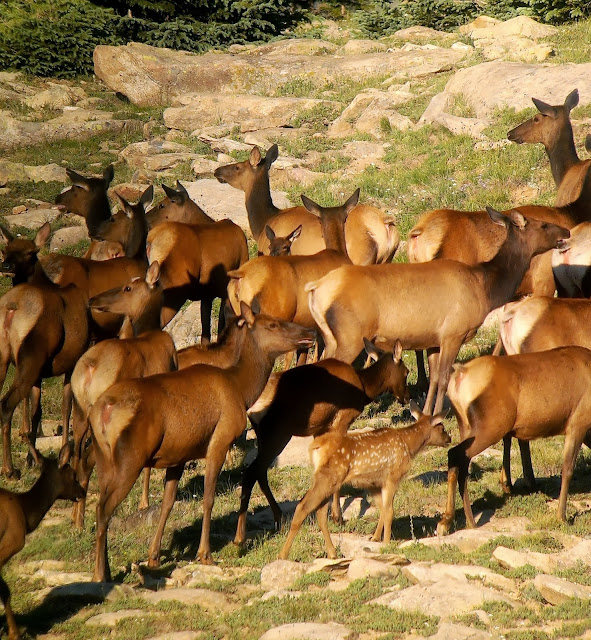 Where do you enjoy your morning cup of coffee? 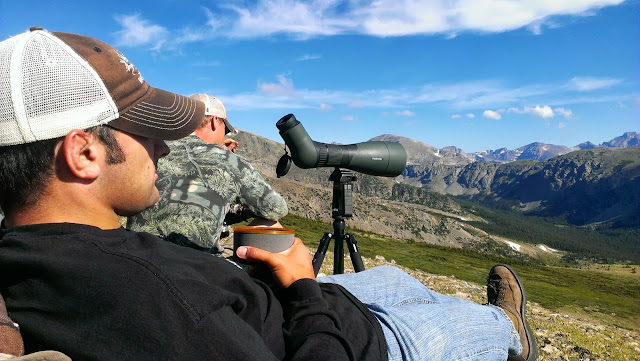 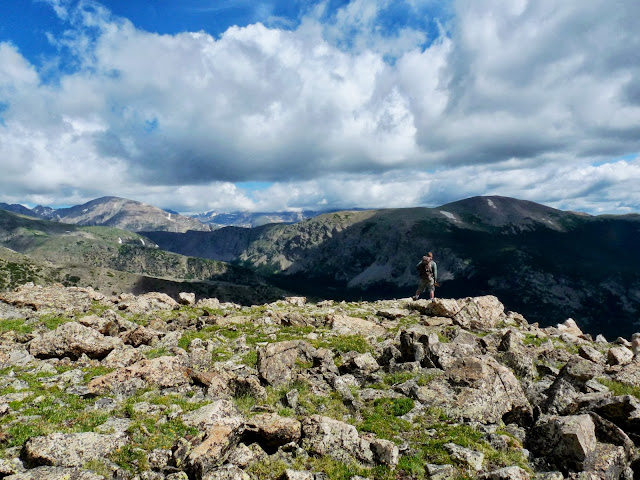 Del and I dreaming about chasing bugling bulls, just a few weeks away now! 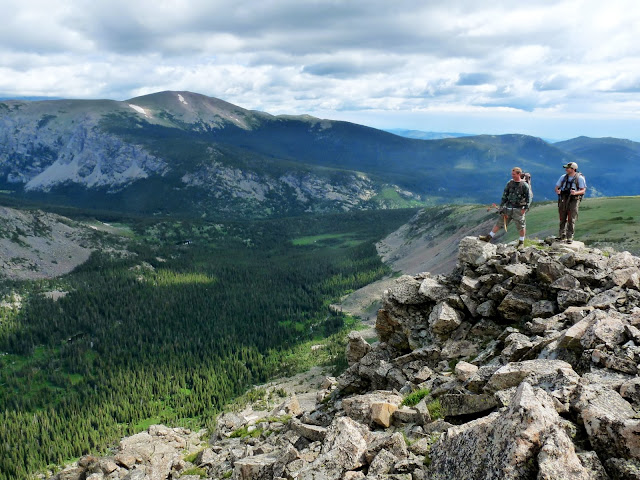 This little guy walked right past Dan's tent a few weeks ago. 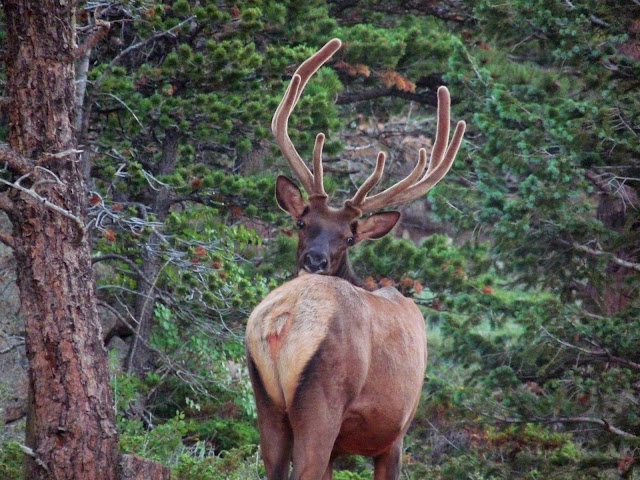 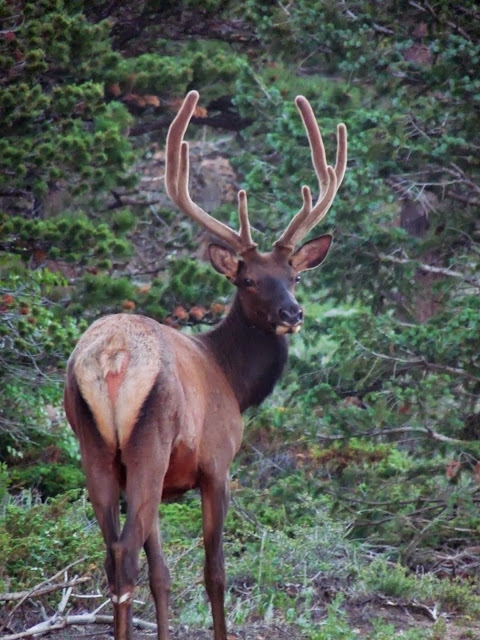 This moose is going to be a dandy. But his buddy, just below, will give him a run for his money. 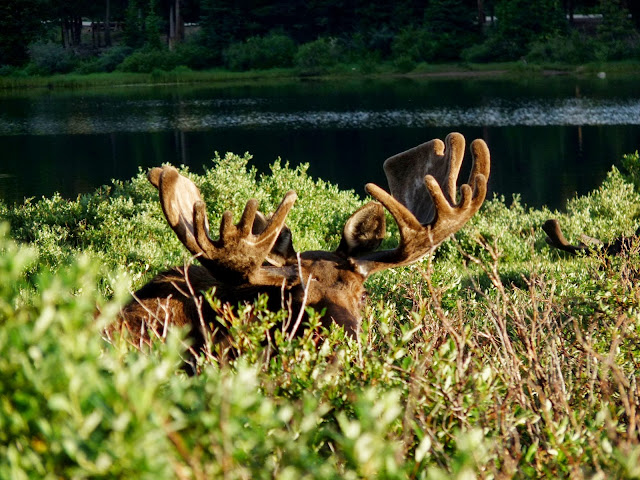 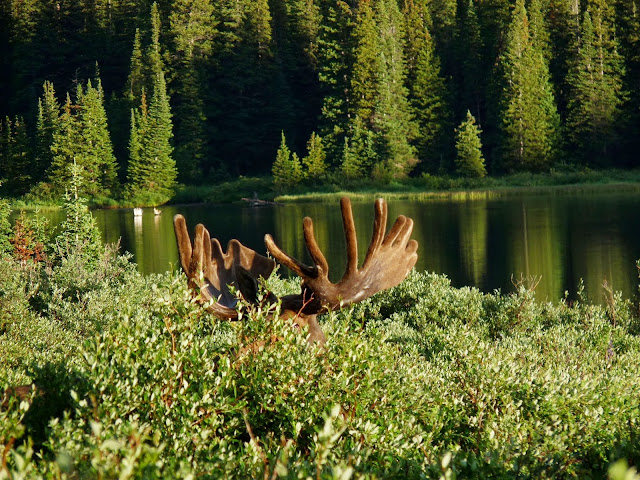 Dan, Del, and I saw six of these big boys all hanging together. Two of them were absolute studs, 2-3 more very big, and a couple of little guys. 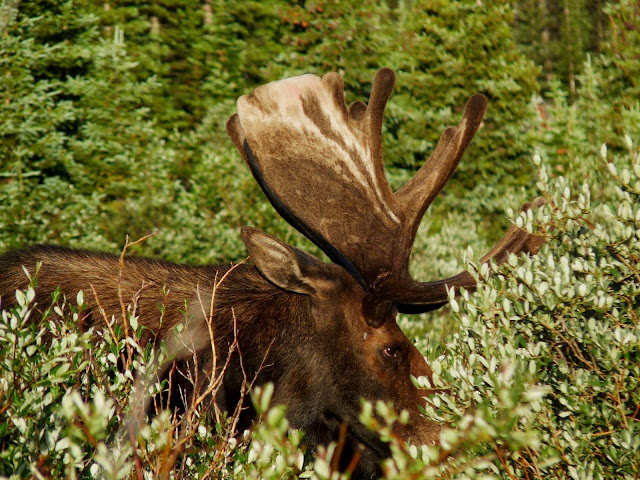 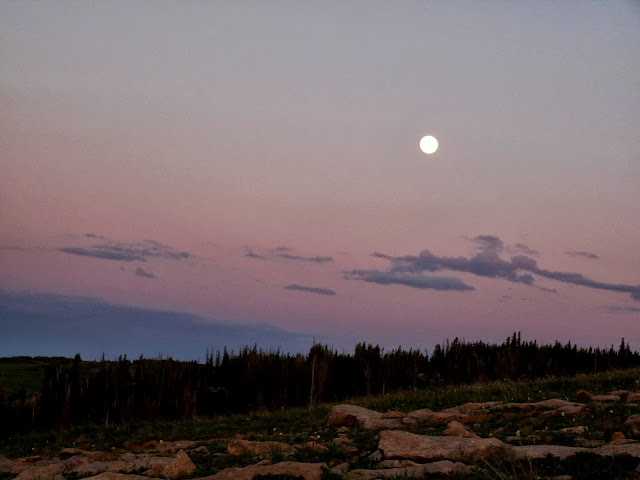 Two weeks ago this buck's face was swollen to about twice its normal size. The swelling has gone down but damage has been done. This poor guy's horn was swinging around and he was acting pretty annoyed with it. 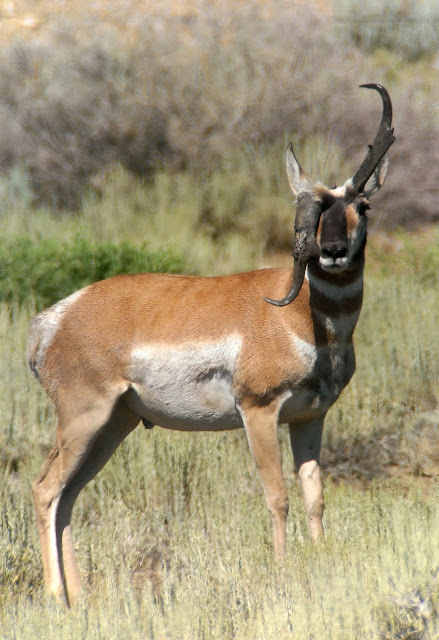 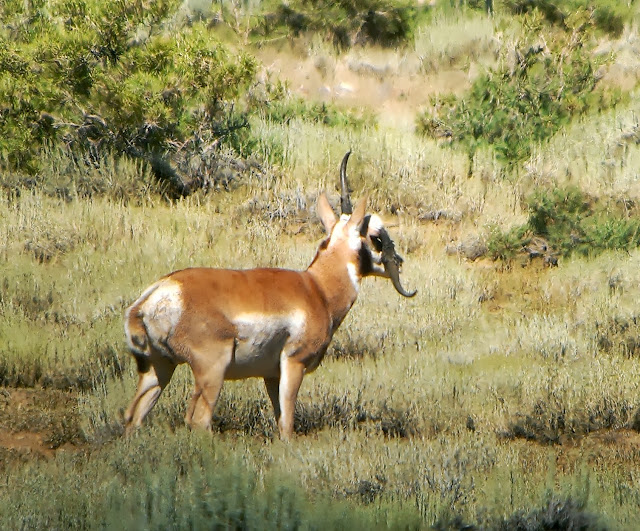 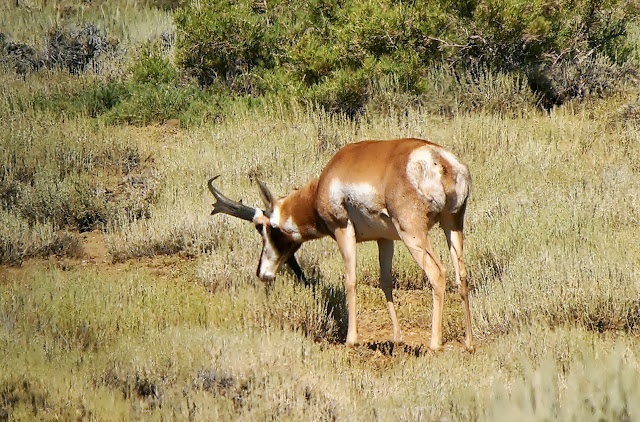 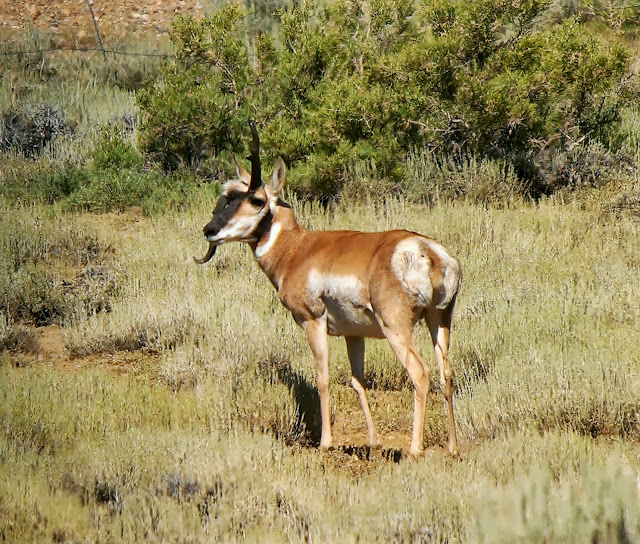 The bull elk are getting pretty dang big now. Dan will be spending a lot of time in the hills for the next few weeks, I plan to make it out with him as much as I can (he doesn't have two toddlers at home so he has a little more freedom to sleep away from home than I do). Hopefully we'll have some pictures of big elk. There are a couple of basins we haven't checked yet, and they haven't failed the last few years of showing us some exceptional bulls. This year should be no different.