Want to know the definition of patience and discipline? It can be summed up in this picture. 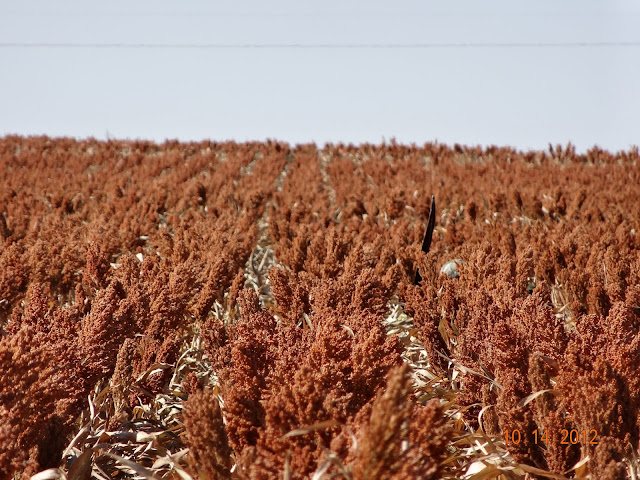 That is our good customer and friend, Brock, and his brother Brett. They're just 12 yards from a monster mule deer in a milo field. 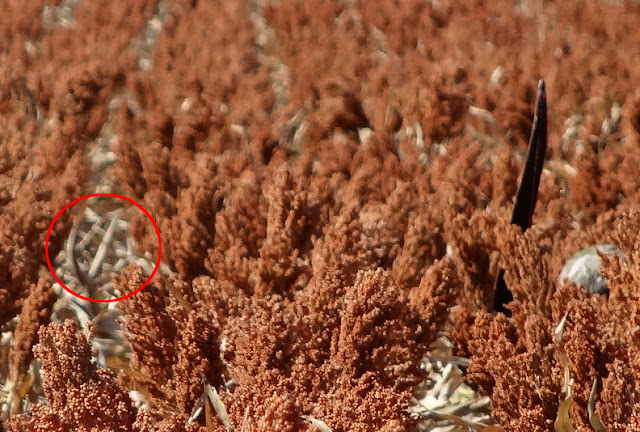 They had been watching this deer for some time. Never going after him until the conditions were just perfect. Several times they watched him bed down in a stalkable position, only to hold off because something wasn't quite right. 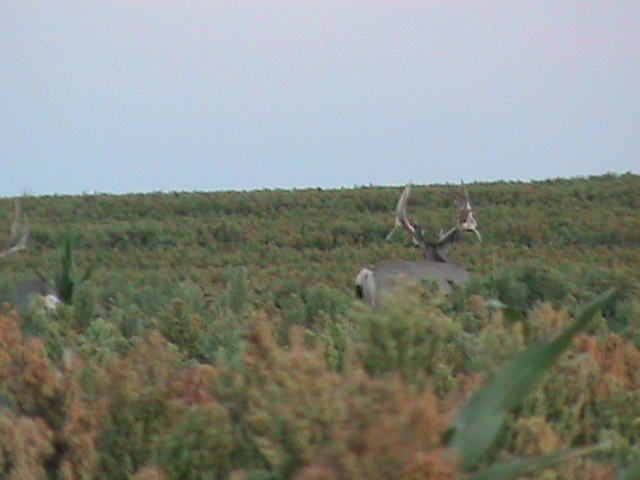 On October 14th they finally got their chance. With a good enough wind to cover their sound they watched the deer bed down. Over the next seven hours they made their way into position, a measly 12 yards from the bedded giant.

They patiently waited the buck out, knowing that he would eventually stand on his own. One time the buck stood up, turned a few circles, and then laid down again before offering a shot. It didn't phase the hunters, they had all day, and with a good wind they felt no pressure to force the issue. 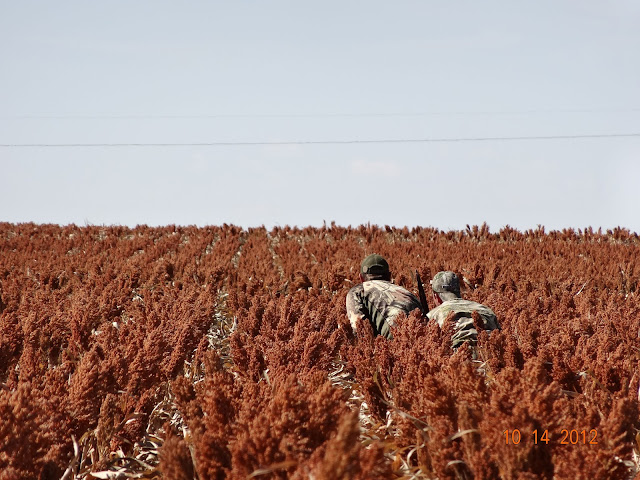 Towards the middle of the afternoon the buck stood again. Brett was waiting this time, and when the buck turned and offered a quartering away shot, Brett sent an arrow on the way.

That's real hunting! Brett made a perfect shot and the deer died very quickly. Brock did good on his own, stalking and killing a monster muley of his own a few days later. These boys are hunters. 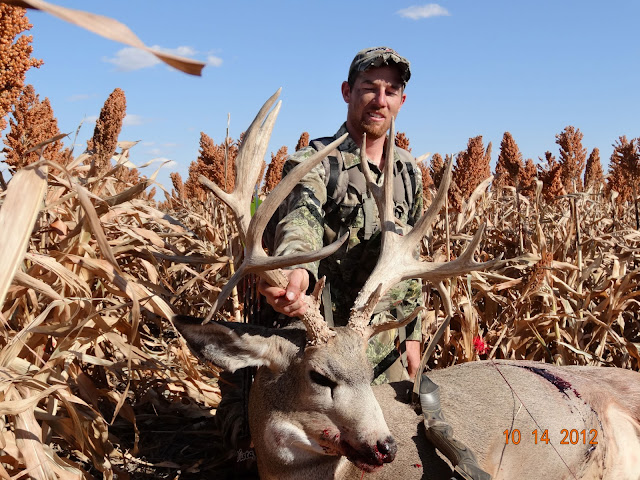 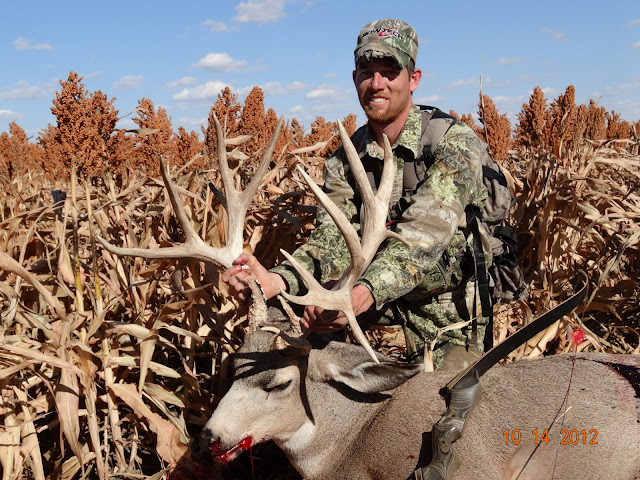 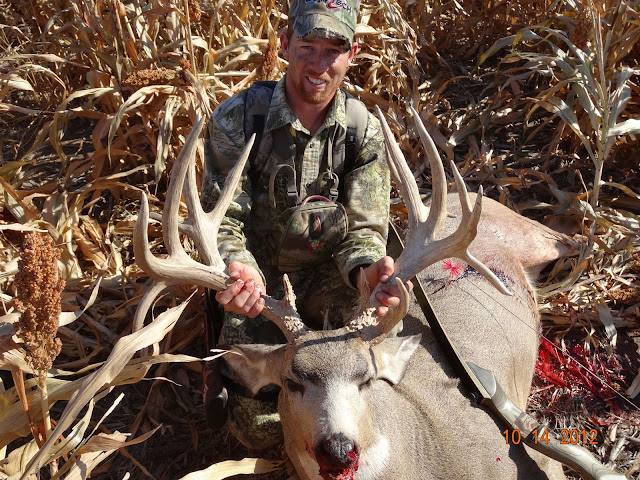 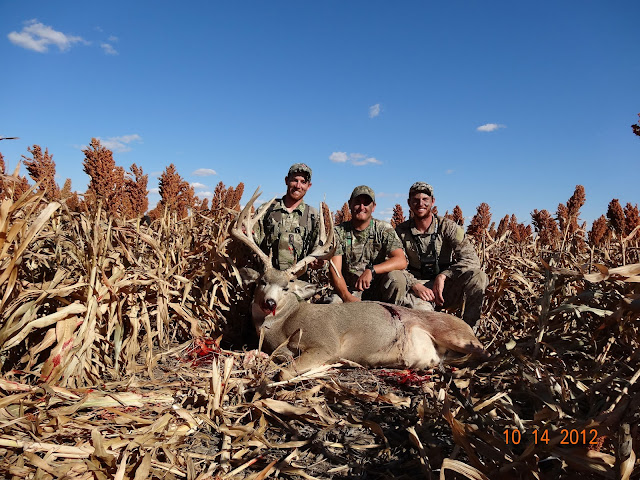