We met Logan and his family as customers of ours. So it was a stroke of luck that he asked for a job at the exact time we needed an employee. Being a small business, in this economy, we couldn't afford a full time employee. Not to mention that we offer a pretty specialized niche, and an employee must have a lot of knowledge about traditional archery, how to tune arrows with a hundred different bows and shooting styles, etc...and be professional and polite. Finding the right employee is not easy. Logan just got married and is finishing school, so when he asked for a job he was upfront about not being able to work full time. Logan offered exactly what we needed, and vice versa.

Logan grew up in a small town in Eastern Colorado. He has been a traditional bowhunter for his entire life, never straying. His knowledge and "country boy" work ethic have made him a valuable asset to our business. We'll be sad to see him leave in a few years when he pursues his long time goal of becoming a game warden.
Anyway, with his new wife, Courtney, beside him, Logan and Courtney had a fantastic day of deer hunting. Courtney had a doe only tag, and Logan had an either sex tag that he planned on filling with a buck. Courtney has had some luck hunting, but has never killed anything with her recurve. 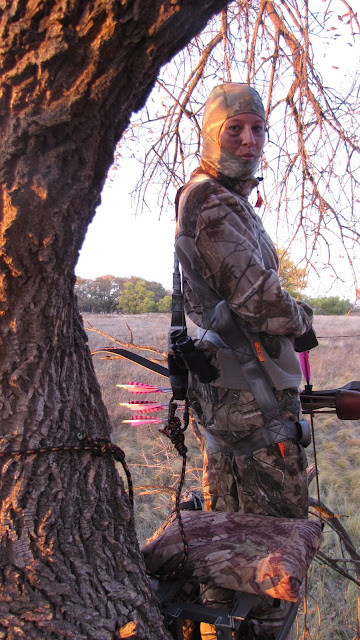 Courtney on her second traditional bowhunt 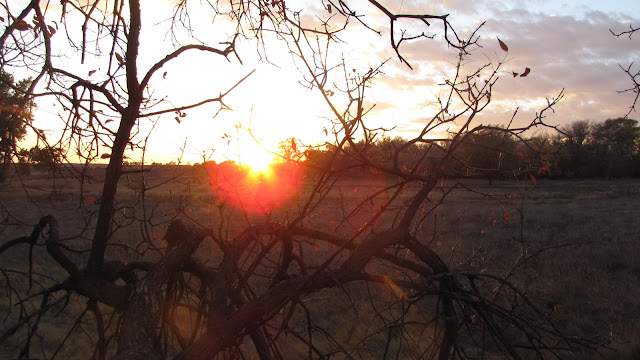 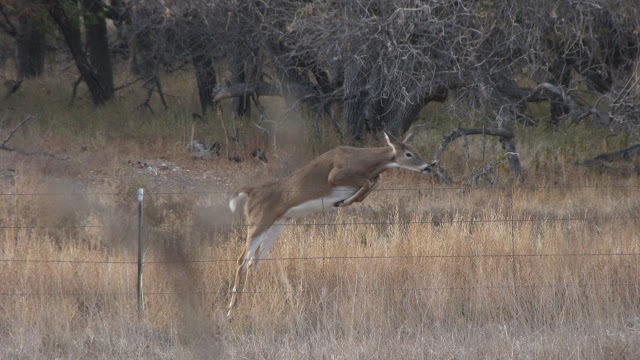 Of course Logan hoped that it would be Courtney who got the shot. But when a nice whitetail buck started working towards them, Logan, who was really hoping to use his tag on a mule deer, handed Courtney the camera and got ready to shoot.

Logan played the situation perfectly, stopping the buck in the right opening, and making a picture perfect shot. His 57# Rampart recurve and STOS tipped Gold Tip Traditional arrow did the job. The arrow passed cleanly through the deer, which did not make it 100 yards before expiring. 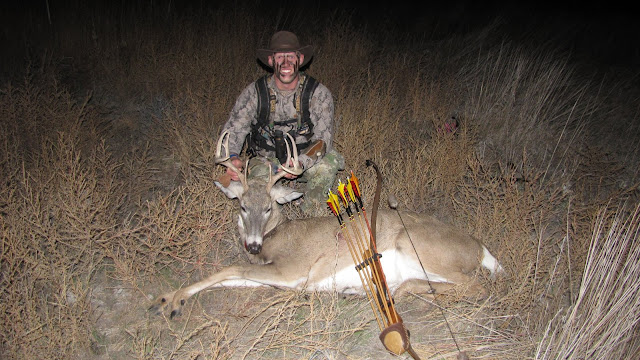 Check out the video!

Way to go Logan. Up next...COURTNEY! Stay tuned because there is a good chance that Courtney will fill her first tag with a recurve bow!
Email ThisBlogThis!Share to TwitterShare to FacebookShare to Pinterest