Danny and I backpacked in to a very remote basin this past weekend. We really expected the elk to be talking, but they were not. We still had several close encounters and enjoyed our time.

Why couldn't this spike have had a few more points? You can see me on the left hand side of the picture, I was about ten yards from the elk when this picture was taken. He never even looked at me. 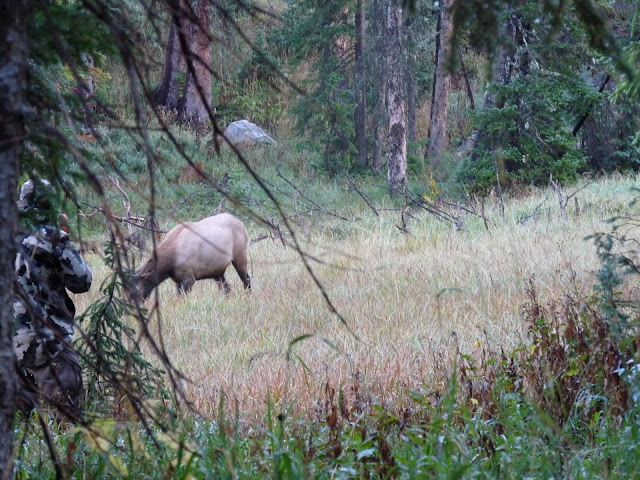 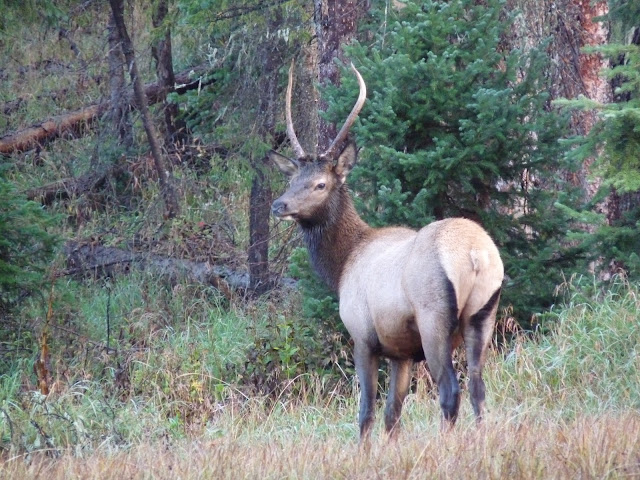 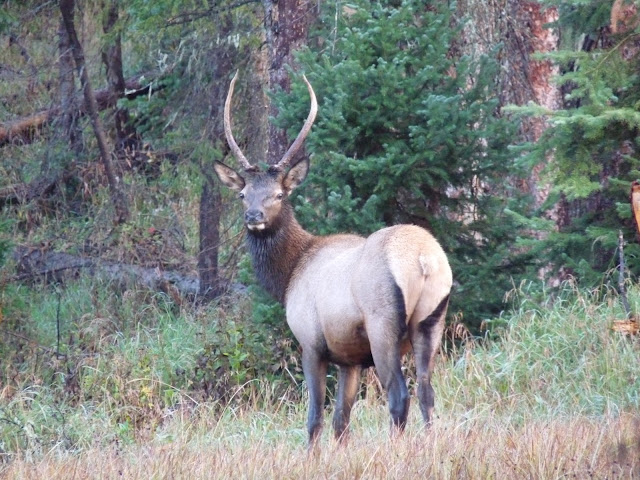 Danny and I made a calling set up in this burn on our first afternoon in the area. A small bull was making his way to me. I thought he was too small to be legal so I sat back to just enjoy the show and watch the elk. Of course when I see that he was indeed legal I was totally out of position, and he was way too close to move. At one point, when the elk was a mere five steps away, he relieved himself, almost splashing me in the process. I was pretty upset with myself for not taking that elk seriously and costing myself a shooting opportunity. 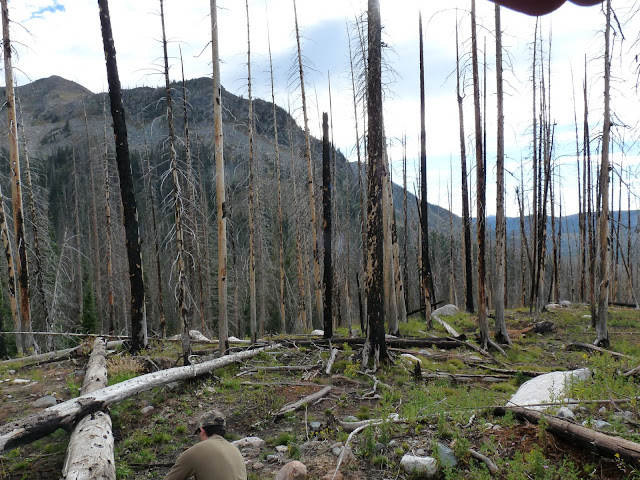 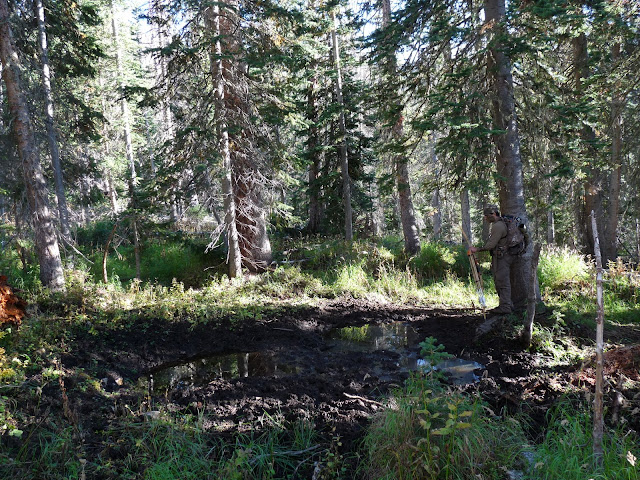 One of the prettiest waterfalls I've ever seen in the woods. 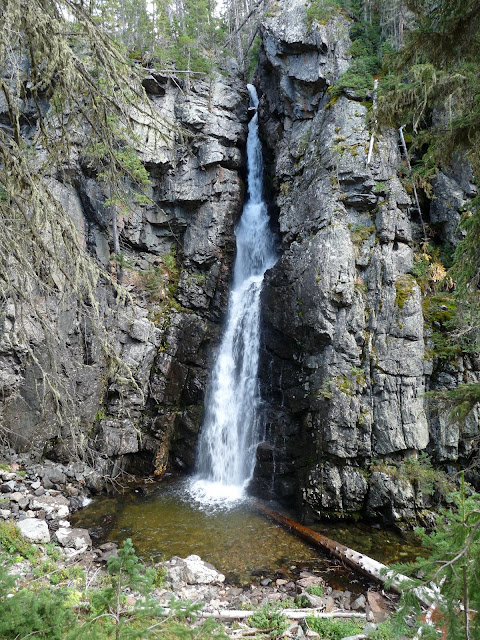 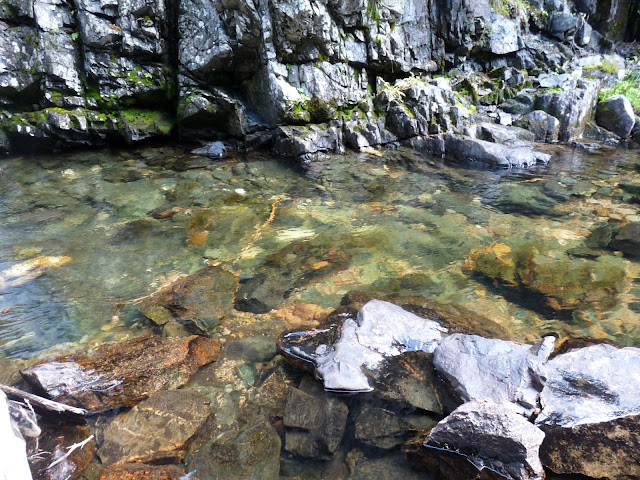 Meanwhile a good friend of mine had some success just the other day. Derrick is more like a brother than a friend. A few years ago, when we got him in to bowhunting, Derrick went an entire season and only saw one elk as it was walking away. Now he has killed three bulls in the last three seasons, two of them over the 300" mark. Nice going Derrick! 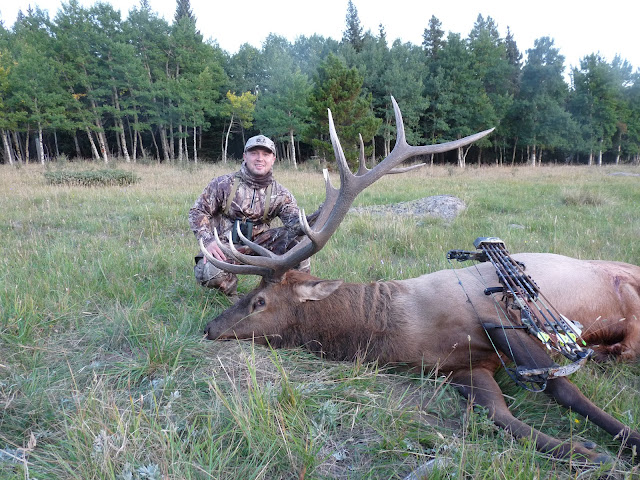 This bull got in a massive fight with another bull right before Derrick shot him. They were both bugling their heads off. The rut is underway! At least in that part of the state. 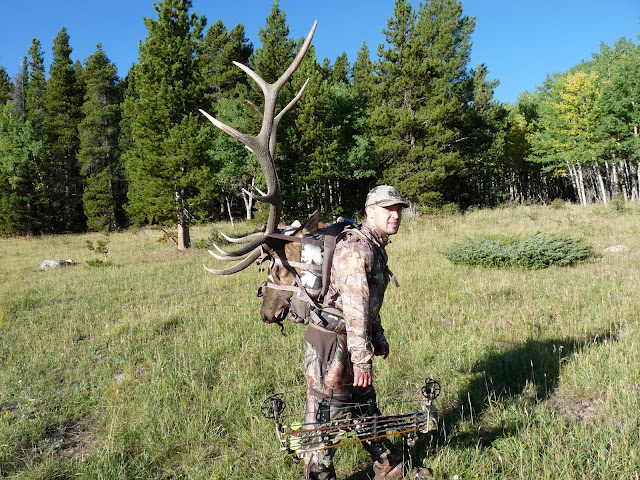