Danny returned to the hills this weekend to look for more sheep. His trip was totally stymied by fog. He only got a few brief moments until the clouds burned off, around 11am. The high country was totally socked in during the prime hours of the morning and evening.

That's alright, there's still plenty of time. Danny is about to get serious with his scouting, he'll be spending a lot of time up there real soon.


One of the brief moments in the evening when it wasn't hammering rain. 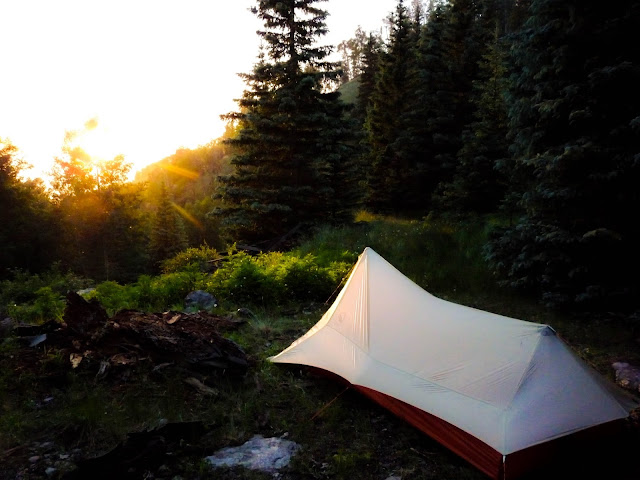 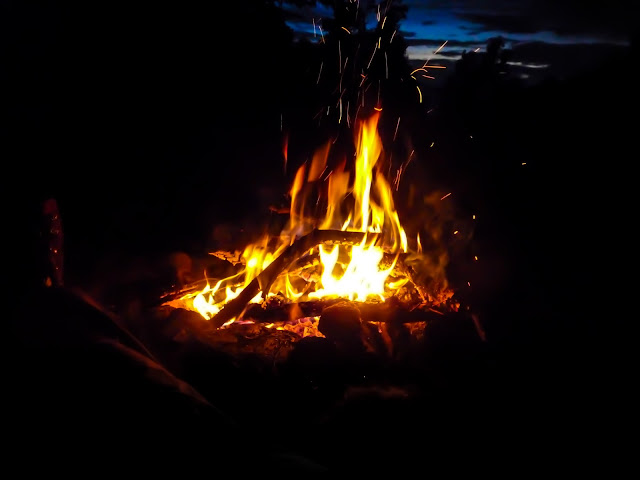 Danny watched these clouds roll up the valley and then hang out around 11k ft...not an ideal elevation for glassing sheep. 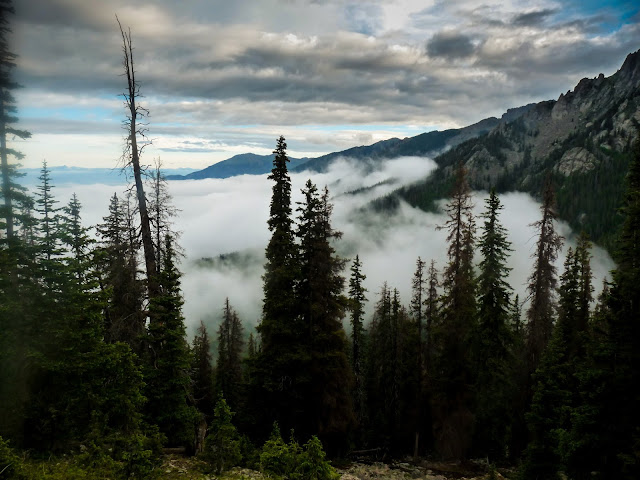 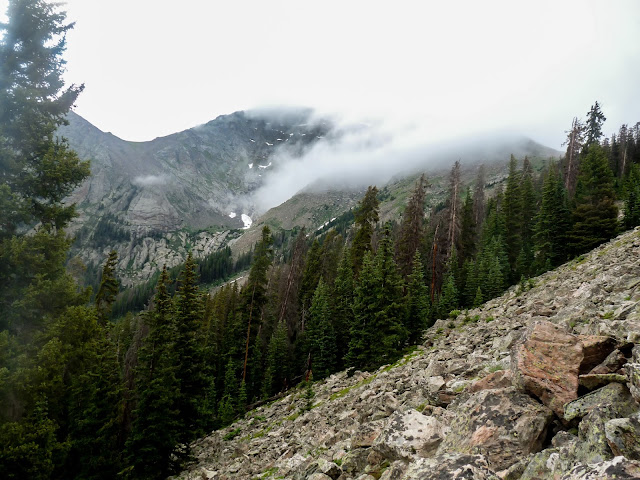 The best it ever got during the prime scouting hours. 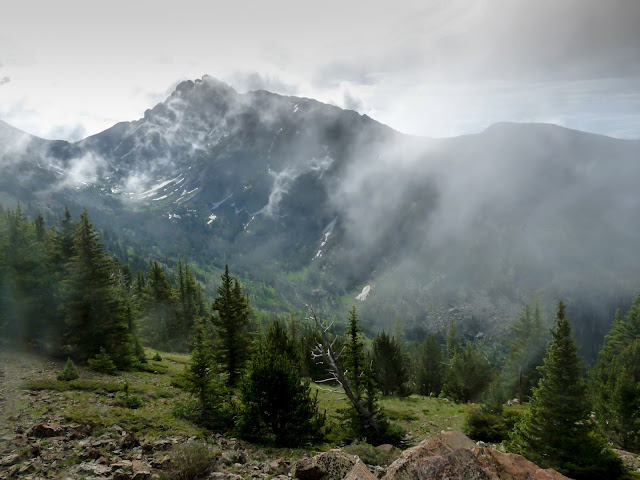 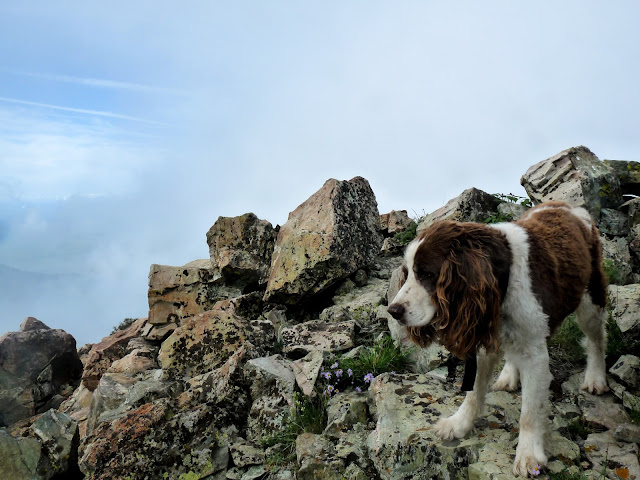 Sydney's eyes and nose got crushed by mosquitoes. 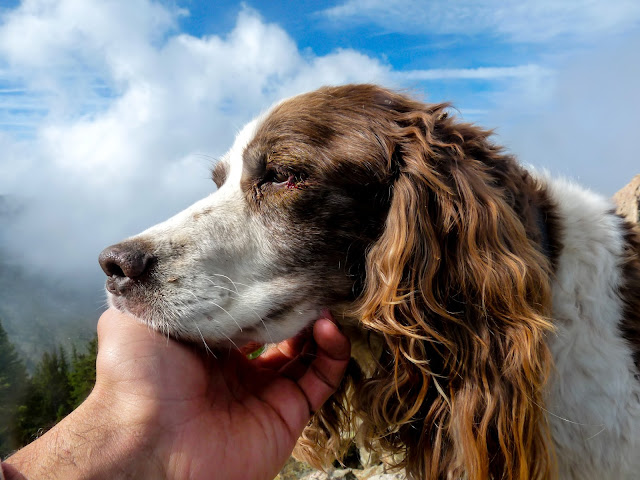 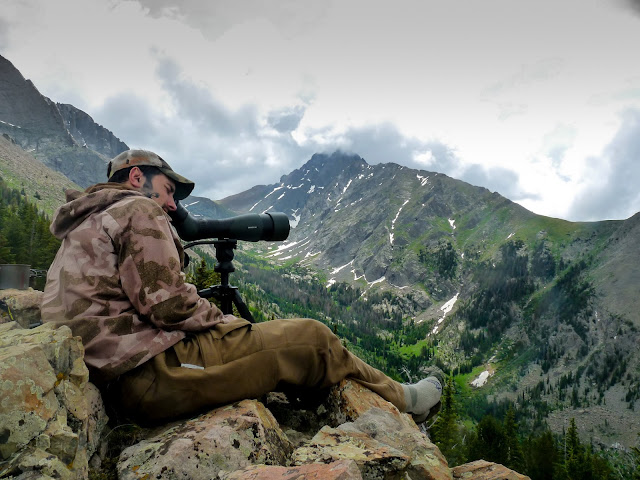 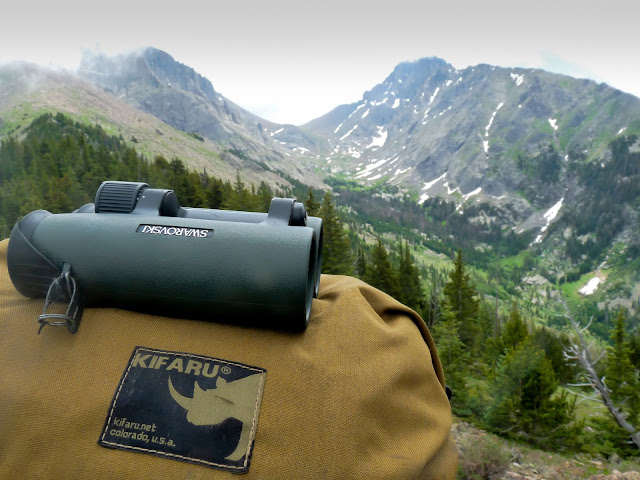 Tough to spot sheep though this. 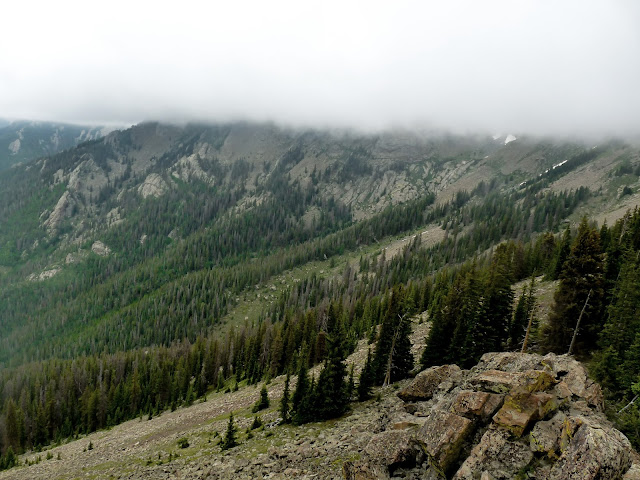 Most of the trip was spent under shelter. The creek that Danny camped near was at least three feet higher on his way out than it was on his way in. 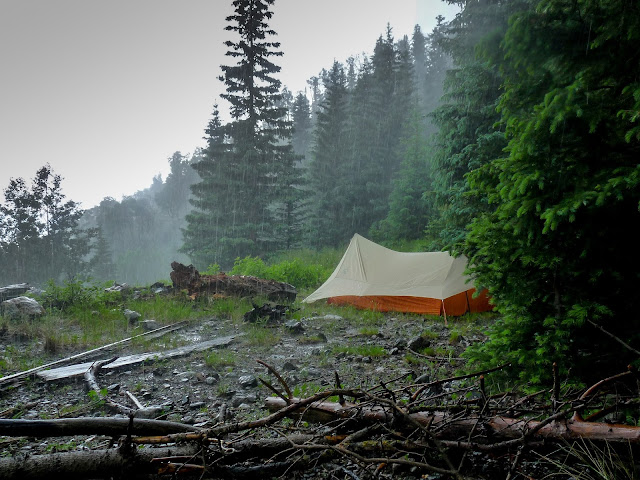 More to come!
Email ThisBlogThis!Share to TwitterShare to FacebookShare to Pinterest