Danny has a weird way of thinking about hunting. He gets satisfaction from physical exertion more than nice scenery or relaxation. Don't get me wrong, I like to hunt hard. But Danny is the modern day living example of the mountain man motto: "I wonder what is over that mountain?". He can be a real pain in the butt to hunt with (except when it's time to pack something out).

So naturally when he started to build enough bighorn sheep points to have a prayer of drawing he picked a unit soley off of what would be the most physically challenging hunt. Forget trophy potential or population density, Danny is seeking a challenge. His first scouting trip after drawing a ram tag for the 2015 season confirmed that he is getting into exactly what he wanted.

I'll keep the blog updated with pictures of his scouting excursions, and hopefully some great hunting pictures once his August season rolls around. 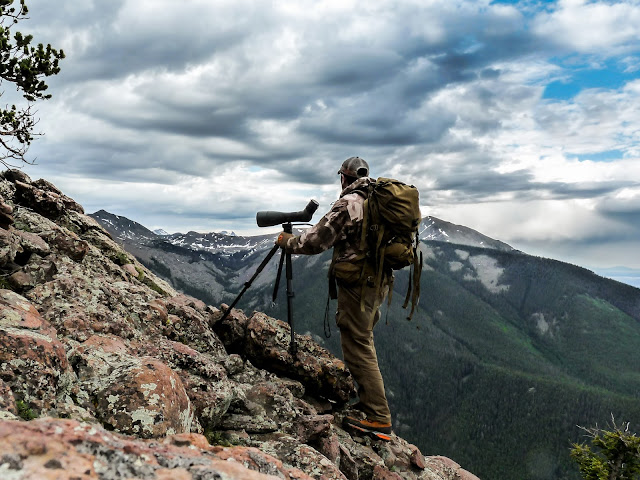 The first rams Danny found were on top of that pointy peak in the center left. Three rams on top of the world. 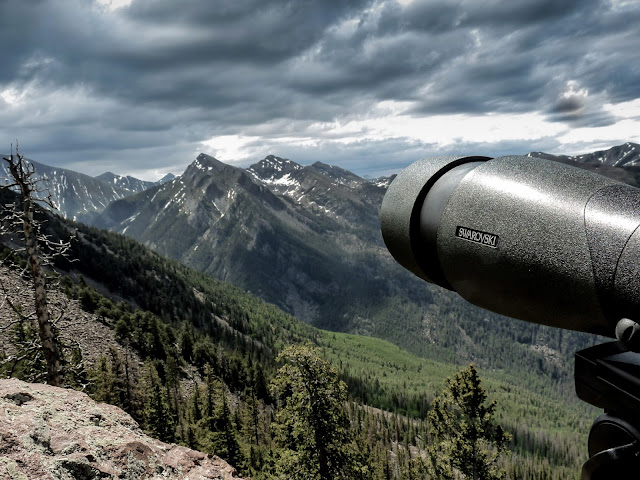 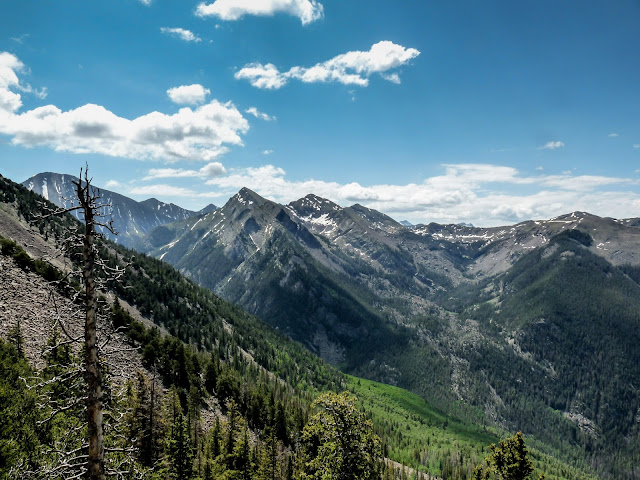 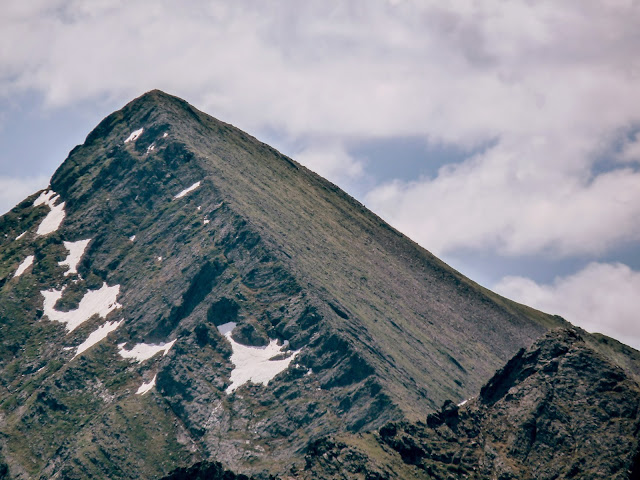 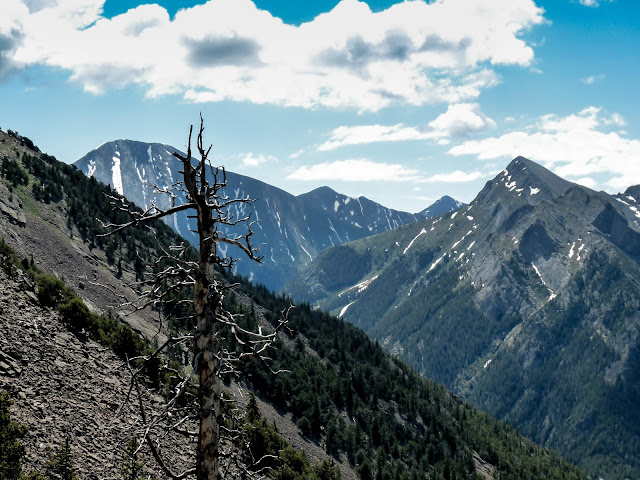 Sydney doesn't have many scouting trips left in her. She's been a good scouting companion over the years. 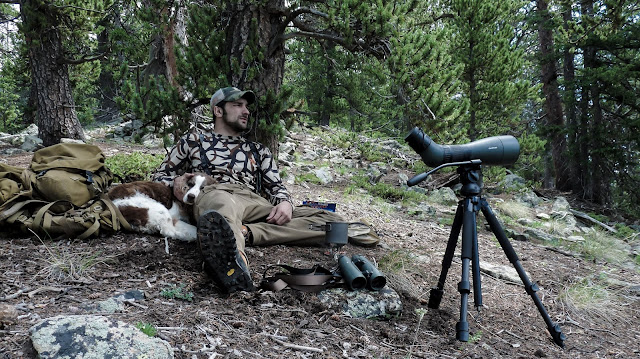 Danny took cell phone pictures of this ram from 2.38 miles away with a Phone Skope attached to his Swarovski spotting scope. 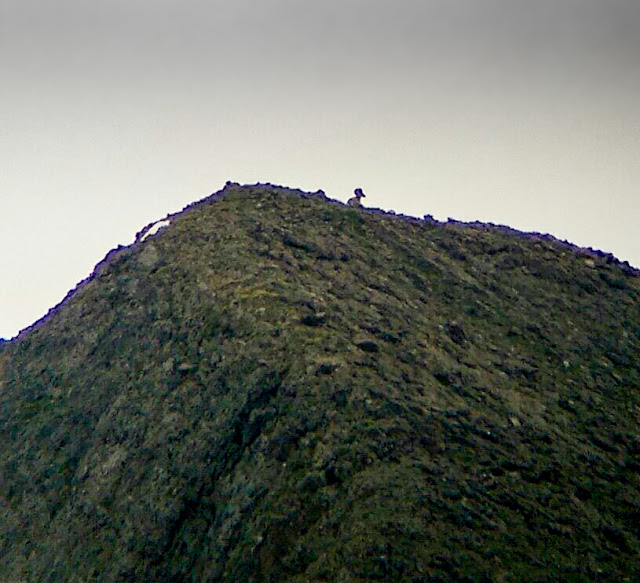 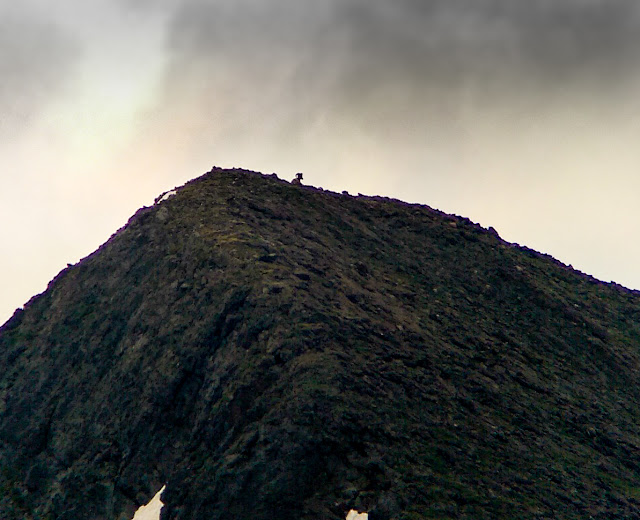 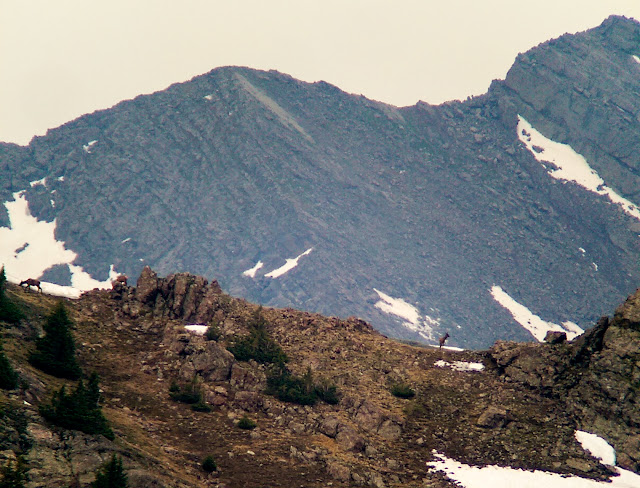