My grandfather on my Mom's side is quite the outdoorsmen. Like Barbara Mandrell's song "I Was Country (When Country Wasn't Cool)", Pop was outdoors when outdoors wasn't cool.

As a little kid he always talked about his favorite place on earth, Coyote Gulch. He told us wild stories of all the elk and deer he saw up there. "You guys gotta hunt Coyote Gulch." He would say. "Just be sure to put your boots inside your tent at night, or else you'll have deer carrying them away to lick salt off the leather."

"Yeah, okay Pop. We'll be sure to do that." We thought. I mean, come on...he has to be exaggerating, right?

He showed us on maps where this special place was, but we were always too busy checking in on old haunts or exploring other parts of the state. Pop is getting on in years now, and it has been a long time since he has visited Coyote Gulch. What are the chances that it is still as pristine and chalked with game like it was in his youth?

Since Pop has gotten older he has started to tell us much more about his youth and his adventures. I have learned more about his life in the past five years than in the 25 before that. He brought up Coyote Gulch, again, and finally we started making plans to visit the place Pop calls heaven.

Unfortunately I could not make the initial scouting trip to the paradise I've heard about my whole life. My wife just gave birth to our second son, so my time needs to be devoted elsewhere for a while. However, Danny brought his girlfriend, Ashley, to see if Coyote Gulch was all that Pop cracked it up to be.

In a few words...it was. They did not have any deer licking their boots at night, but deer they saw! 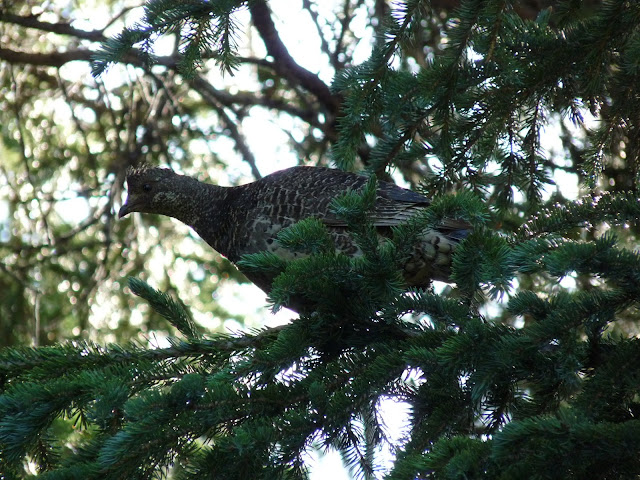 It is a small area, not the kind of place that would tolerate much, if any, hunting pressure. Based on what Danny saw we highly doubt that this place gets any hunting pressure. The effort that it took to get here might be a big part of the reason. 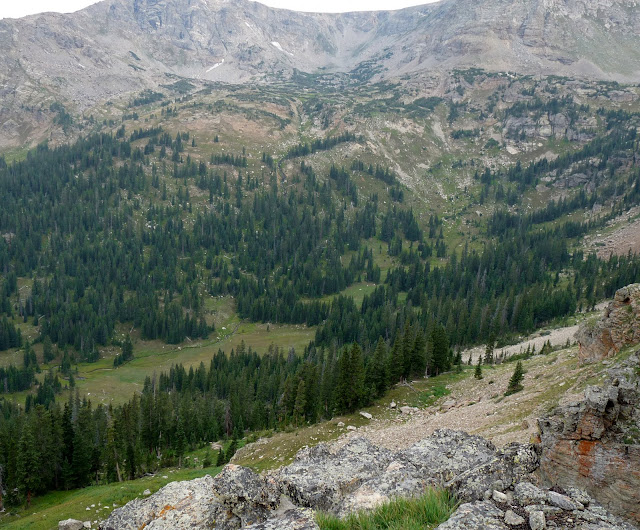 Danny and Ashley hauled in a spotting scope to check this place out without having to dive down in. From their tent they glassed across the bowl and spotted some deer. 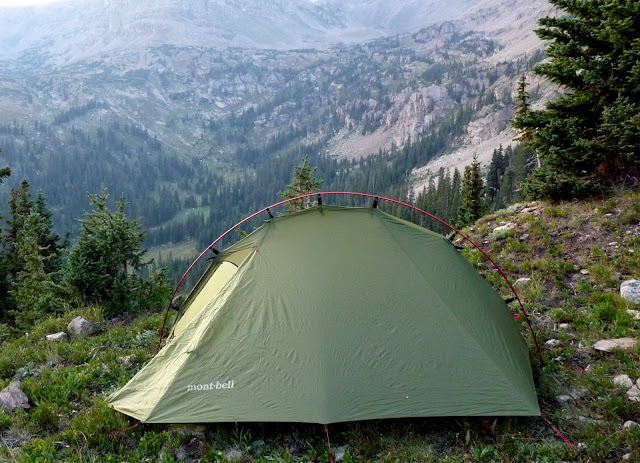 One of the most exciting things they saw was the wide range of age class of deer. Everything from tiny forkhorns to a couple of absolute brutes. This looks like the kind of place that will produce a monster for many years to come.

They spotted over a dozen bucks this size. 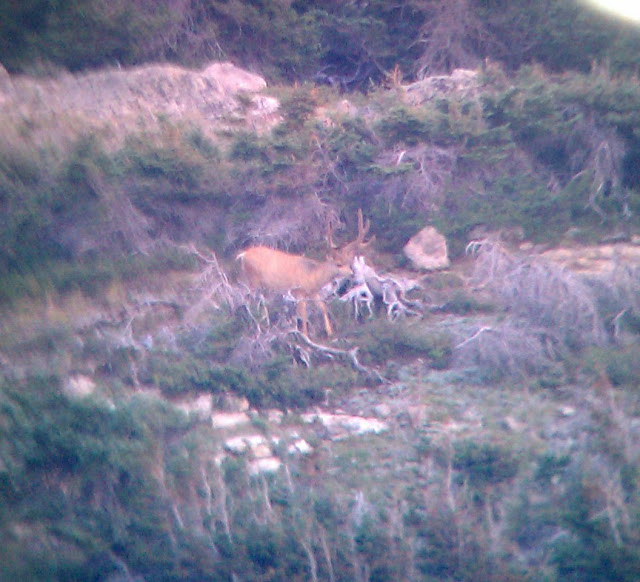 Danny saw a deer that made his jaw hit the dirt. He was feeding out in the open, so Danny was in no rush to get a picture. The monster fed in to some stunted pines and never came back out. So he got no pictures of The King of Coyote Gulch.

He did get some pictures of one of the other beauties though. This great buck has a big 3 on one side, and a big 4 on the other, with some weird stuff happening on the left side. 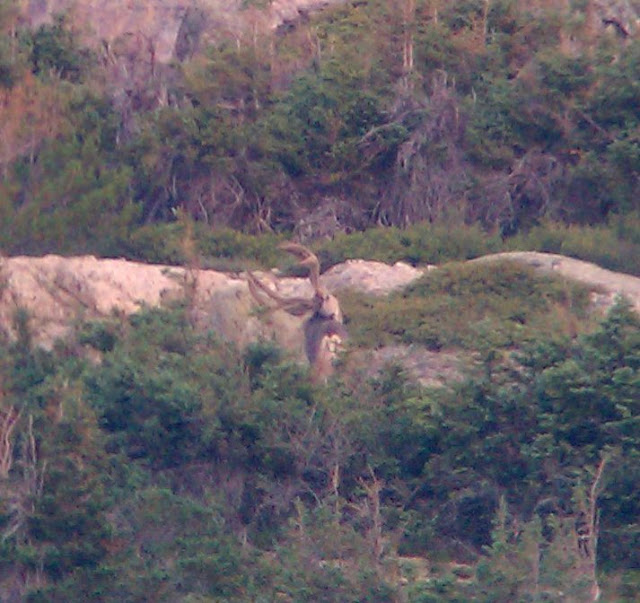 He's got some palmation and some stickers coming off of his left side. Though it is quite hard to make out, considering these pictures are taken with a cell phone and the deer is nearly a mile away. 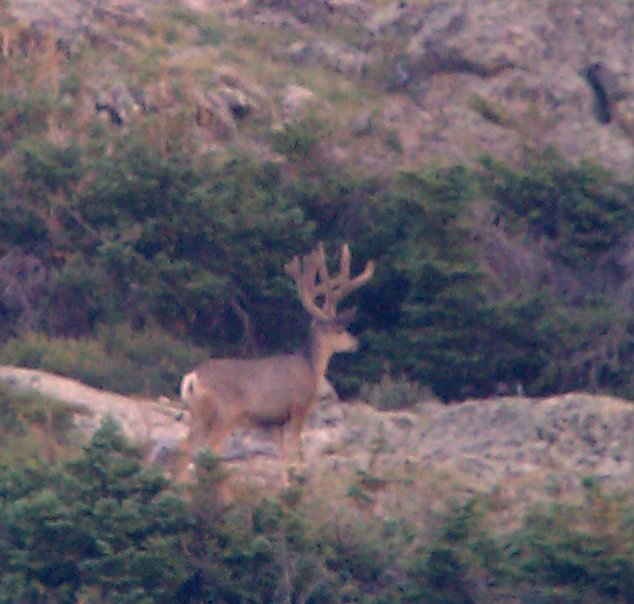 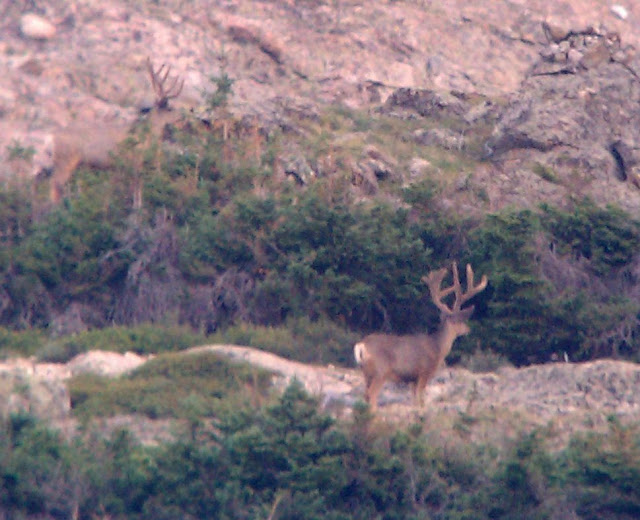 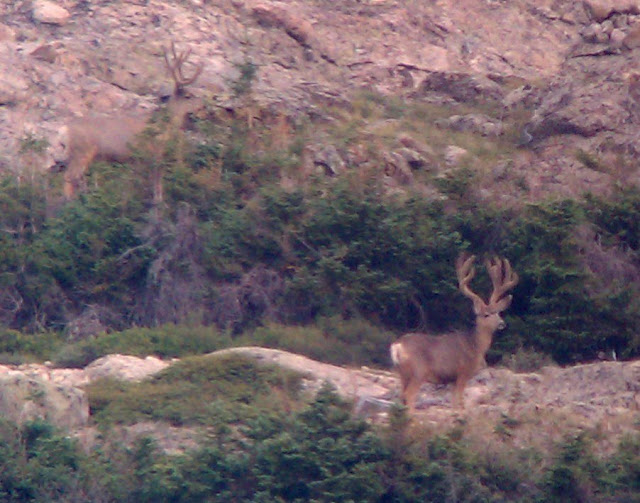 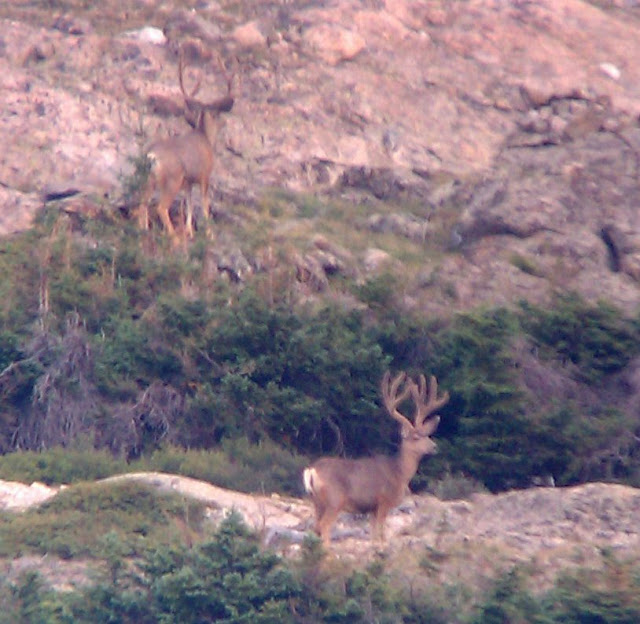 Pop wasn't lying! Coyote Gulch is a paradise. Nobody I know holds a deer tag in this unit, this year.

But I know exactly where my Dad, brother, and I will be perched opening morning, 2013.
Email ThisBlogThis!Share to TwitterShare to FacebookShare to Pinterest