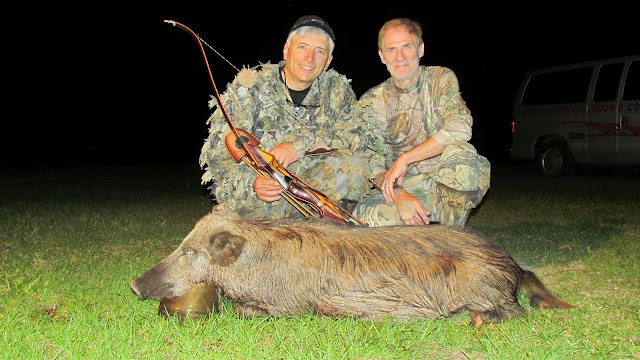 At the beginning of May, Chris and I were fortunate enough to be the guest of Ben and Linda Graham of Hummingbird Bows. We participated in the North Carolina Traditional Archery Championship. We accepted an invitation to stay at the Graham home and shoot the tournament with Ben and Linda.
What an enjoyable time it was. We met some fine people and shot a great tournament. A retired DNR officer named Blease Martin treated all of us to a stay by the ocean in South Carolina and an evening hog hunt. What more can people like us ask for? There is a reason that there is a term “Southern Hospitality”. It is very real. 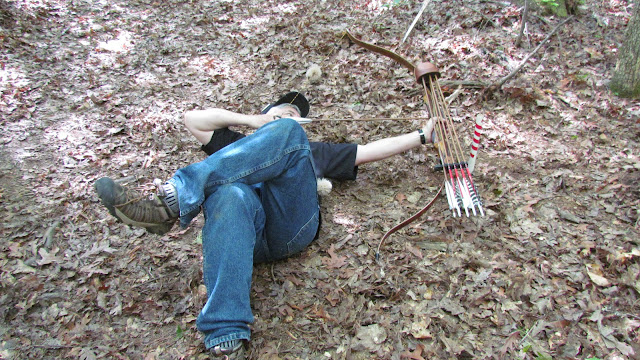 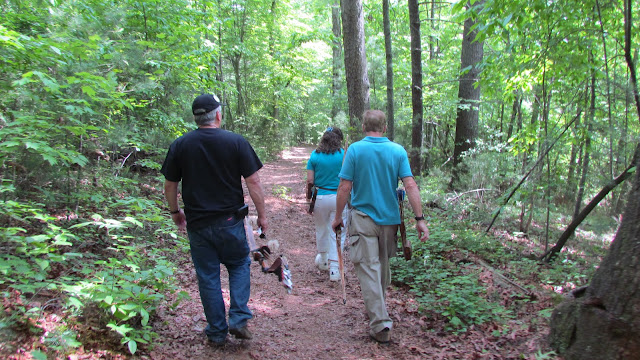 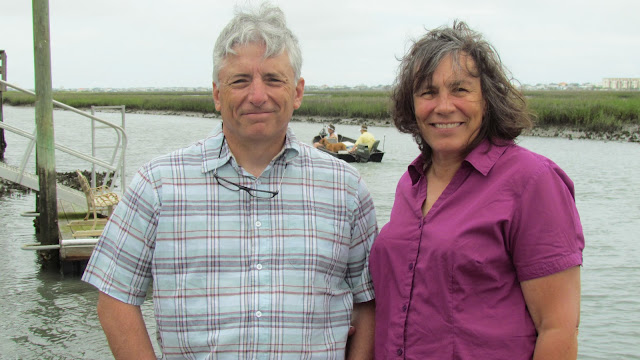 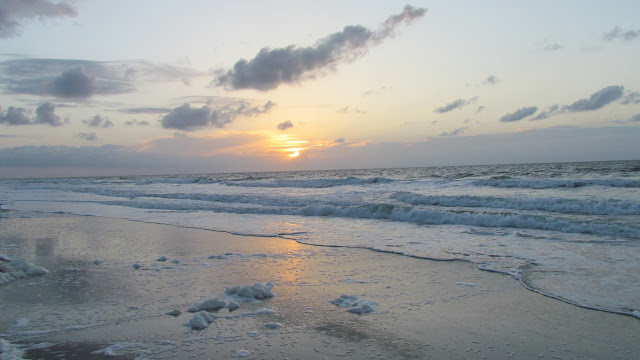 Ben Graham has been building Hummingbird Custom Bows since 1991. As many of you know, his bows are among the very finest in the country. With Ben’s long experience and the top notch shop he has set up, I can see why. Ben has a supply of beautiful exotic hardwoods “maturing” in his shed that would make any wood worker salivate. Ben ages his riser woods for 1-3 years, letting the wood slow dry to insure that his risers stay stable and do not check or crack. We hunters do not generally like shiny bows, but for those that do, his high gloss bows are absolutely beautiful. The low gloss finish on my bow is tough and perfect. Ben has a paint booth that rivals many auto body shops. I have a 62” Hummingbird Kingfisher model, Ben’s top of the line recurve, and was able to “put the first notch” on this bow with a hog kill at the Martin homestead. This bow is amazingly smooth, quick, and forgiving of my shooting flaws. Ben has really come up with a bow with a fine balance of all of the attributes of a great recurve. This bow is so beautiful that I have not wanted to expose it to the rigors of being a hunting bow (meaning dents and scratches), but this one is going to have to make the transition from "show" to "go". Ben assured me that he could repair any of my abuses after hunting season. 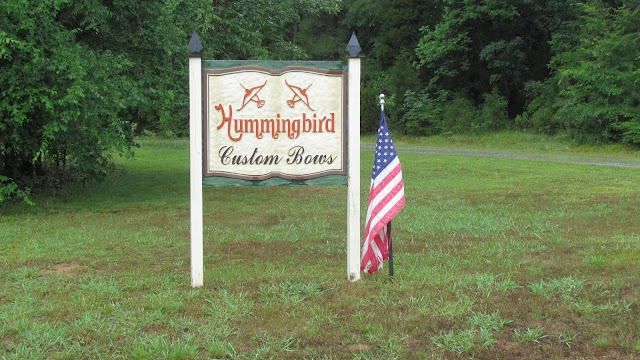 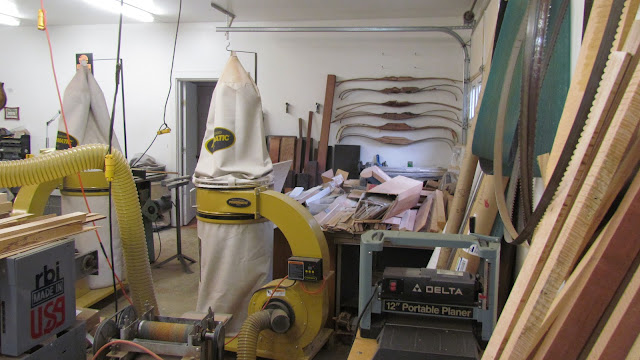 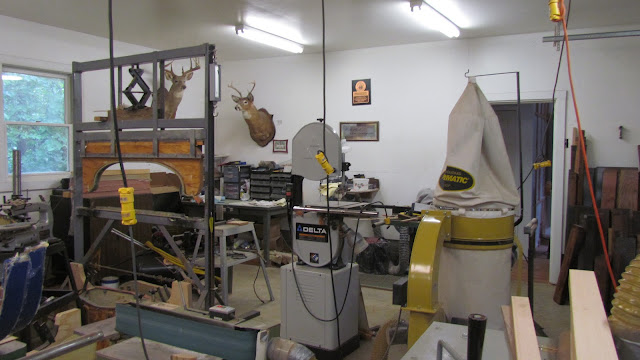 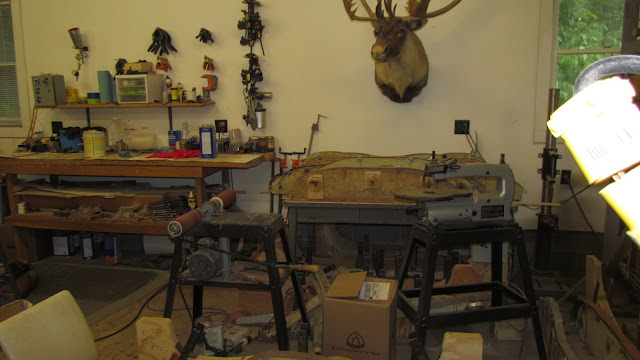 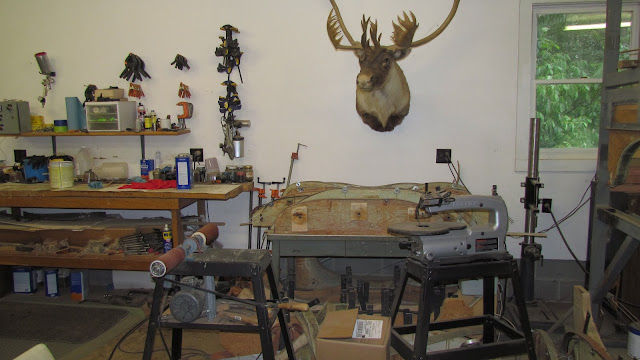 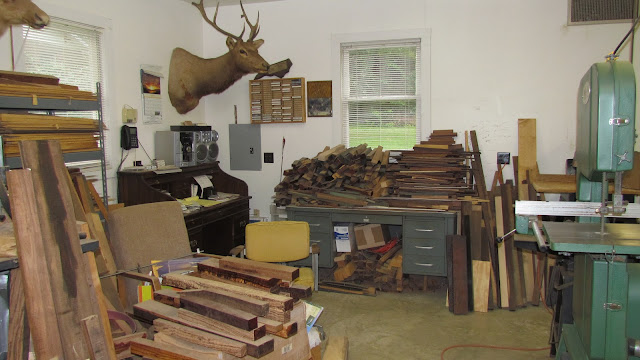 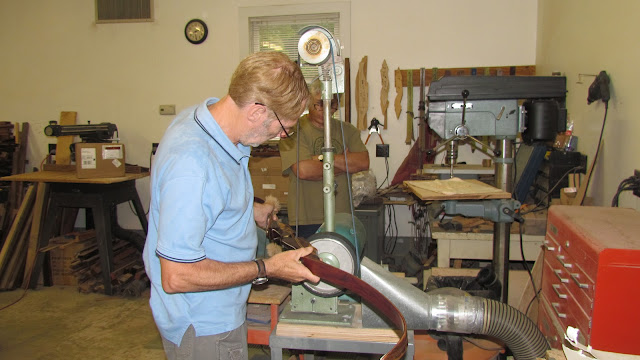 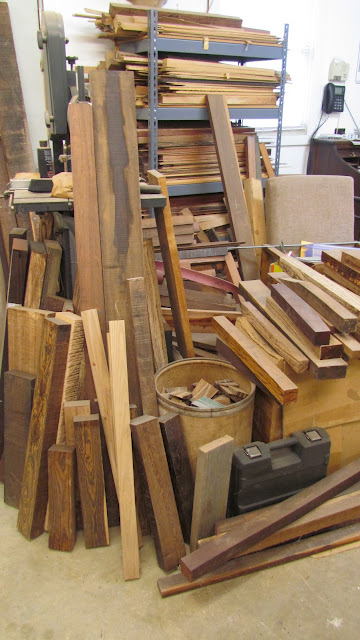 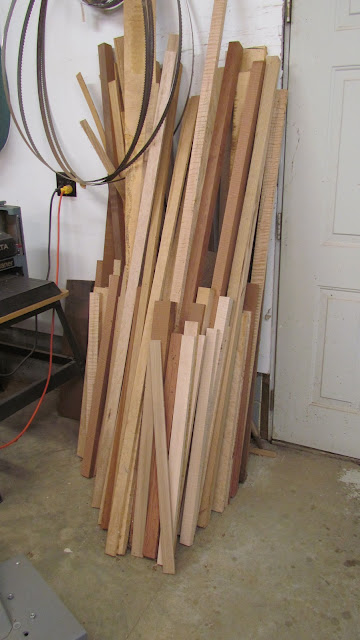 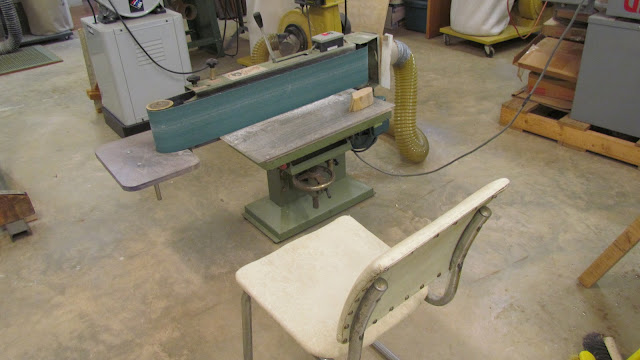 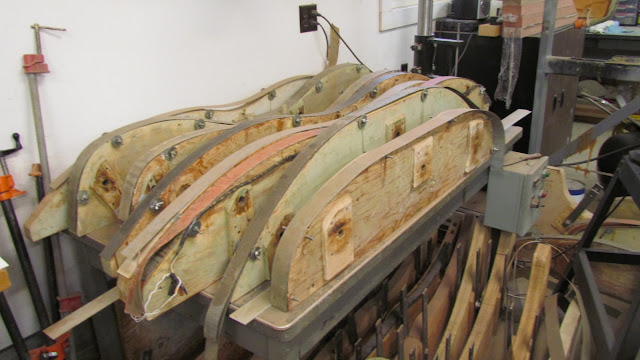 The country down there in North and South Carolina was awesome to see for this Colorado boy. The Graham residence is surrounded by rolling hills with a wonderful mix of hardwoods and pine. Ben has a 3D range right behind his house, in the woods, that any club would like to have. Ben has a wall full of shooting awards but jokes about being known as Linda Graham’s husband at shooting events. Linda Graham has over 40 state and regional championships and is a two time IBO World Champion (wow!). Watching her shoot is a thing of beauty. Ben and Linda are great teachers of archery, and while there, Ben really helped me clean up my release. I also really learned more from Ben and Linda about the discipline that it takes to be a great archer (attention to detail and slowing down). They never shoot an arrow just to shoot the arrow. Every shot counts, and is practice, and they try to make it perfect practice. Linda had a hand injury last year that has not completely healed, so she did not compete at the tournament. Her presence WAS enjoyed by all of the ladies young and old, and they all benefited by the generous gift of her time and knowledge. Chris definitely has a new good friend, and they share so much in common. It is somewhat rare for women to find other women in the same age group that have the same passion for shooting and traditional archery hunting. While spending time with the Grahams, I got to do a little teaching to Linda though. That is, to speak with a Colorado accent. She whipped it out on me on the way to the airport and we all about died laughing. I wouldn’t want to hear it a lot though, as I love to hear that melodious southern accent coming out of that sweet lady.


Now for the short hunting story. Not much to tell because the wind was swirling. Blease Martin had us put off the hunt for a day to try and get better winds, so we went to the beach. Unfortunately the wind stayed squrilly on the only other evening we had to hunt. The hogs completely circled Chris’s feeder, and circled Ben and I until very very late. Ben and I were watching and listening to the hogs when one finally separated itself from the herd. I put a big old Simmons broadhead right through that hog’s heart and it went only about 40 yards. I told Ben that when shooting his bow, the thing that you are shooting at just gets right in the way of the arrow. 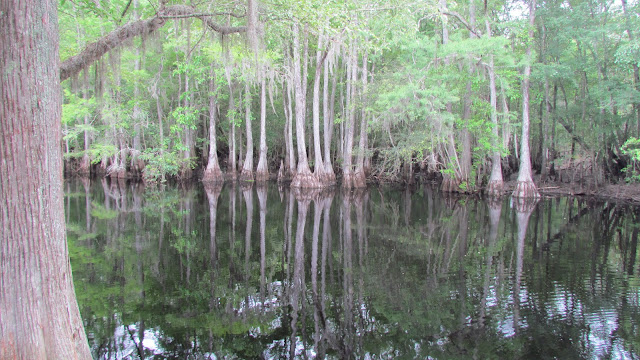 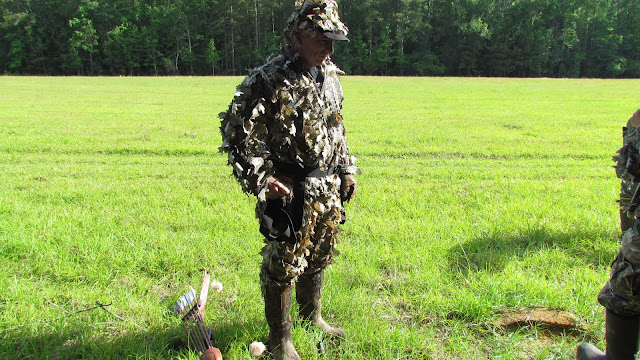 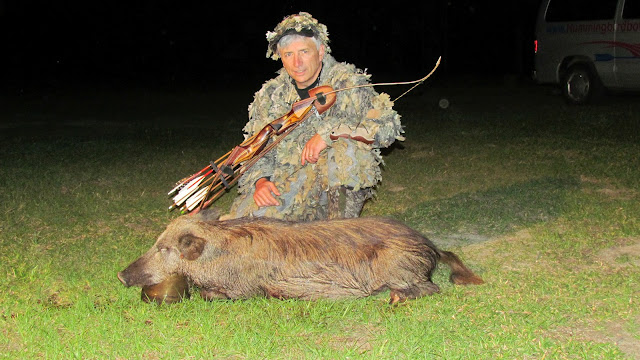 Many many thanks to the Martins and the Grahams for the friendship, fellowship, and commeraderie we enjoyed from our fellow archers. Chris and I got a great big old fashioned helping of SOUTHERN HOSPITALITY.