We got out for one more trip to Nebraska. I knew the hunting would be tough as the shotgunners had been after them for a few weeks, but boy...it was TOUGH! It was the first time that I have ever been skunked in Nebraska.

I hid under a thick cedar tree with my leafy shirt on and called in a few jakes. The largest was 25 yards away from me, and had no idea I was in the vicinity until an arrow passed through his feathers. I was livid with myself for missing.

This set up produced a 7 yard shot. Unfortunately it did not produce a bird. My buddy Paul was set up here, and he gave off a few of the softest yelps he could muster. 15 minutes later a few jakes showed up. Any loud calling would make every gobbling turkey in the country shut up. 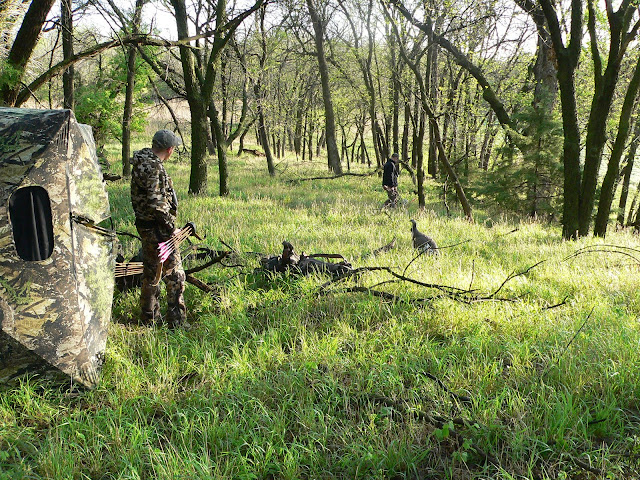 I was so confident in this set up that I took pictures of it counting on this being the last thing a turkey saw. Unfortunately all the turkeys stayed on some private land about 1/2 mile away. 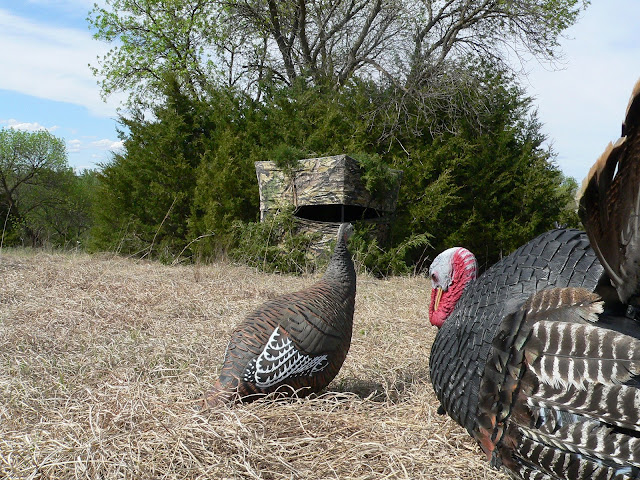 Danny had shoulder surgery a few months ago. He cannot shoot his bow but that doesn't stop him from getting out and hunting and scouting new country. Last week Danny made a 10.5 mile hike according to the GPS, and in that hike he turned up two gobbling turkeys. They were on him so fast that both toms busted him.

Yesterday Danny went up with our good friend Andy. They saw a group of about 30 bull elk. A few of them looked like they are going to be dandies! 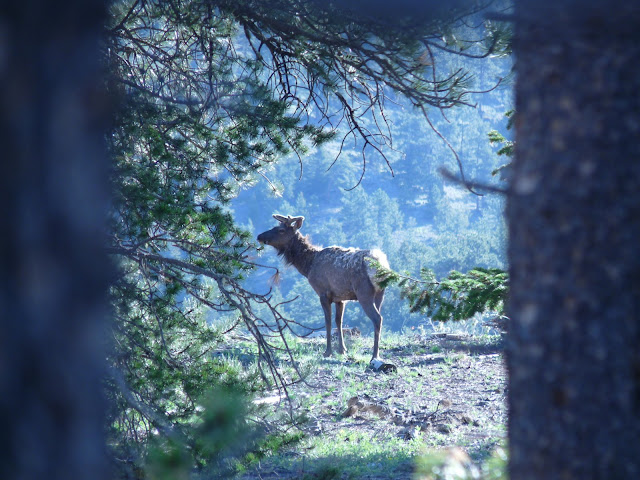 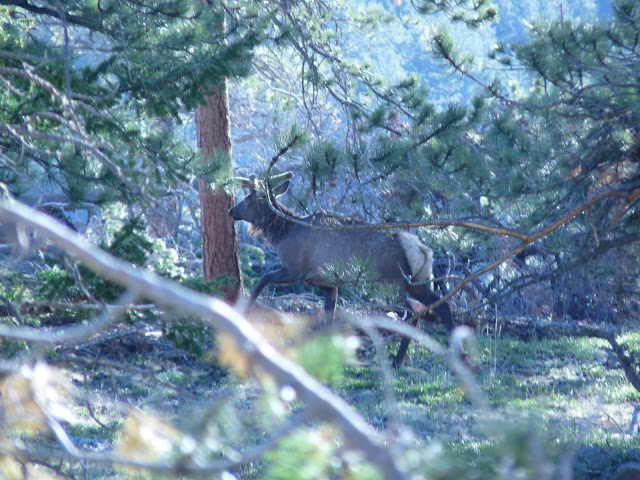 Like the previous week, they heard some gobbling but not much. There just aren't many turkeys in this area. Early in the morning they called in a gobbler from at least a 1/2 mile away. He hung up at 50 yards and they weren't able to close the deal.

After a big hike they were heading back to the truck and spotted a group of 5 jakes. The jakes were unresponsive to calling, so they circled wide and ambushed them. Two shots later Danny and Andy doubled up on mountain birds.

Danny put in over 20 miles of hiking to kill these turkeys. 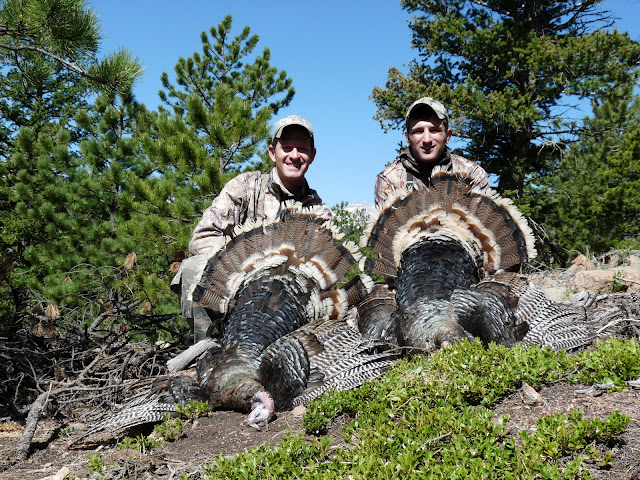 Danny and I are heading to Idaho in three days for a spot and stalk bear hunt. We have never been up there and are going completely on our own. A good friend pointed out a few drainages on a map and said there are bears there. We'll see! Be sure to check back because at the very least I count on having some great pictures of beautiful country.
Email ThisBlogThis!Share to TwitterShare to FacebookShare to Pinterest