Well Tom and Dan got back from Wisconsin/Nebraska last week. They had a great time but didn't shoot any bucks.

It seems Danny's luck has run out this year, at least for killing big animals. Four different times while hunting in Wisconsin somebody saw a big buck under the stand that he was NOT sitting in. I don't think anybody can say he deserves any different, but I would have loved to see him cap off his terrific season with a big whitetail. There is always the late season... 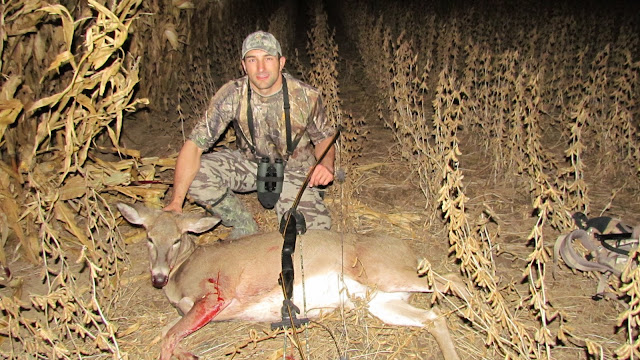 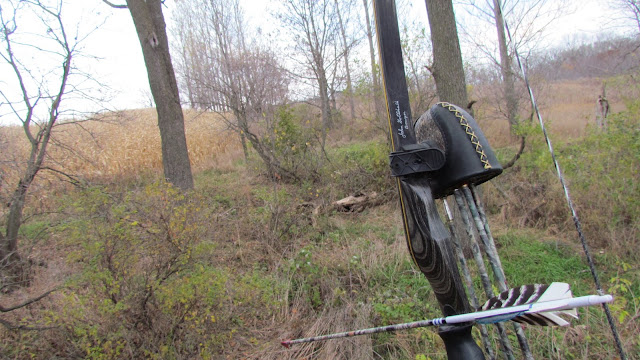 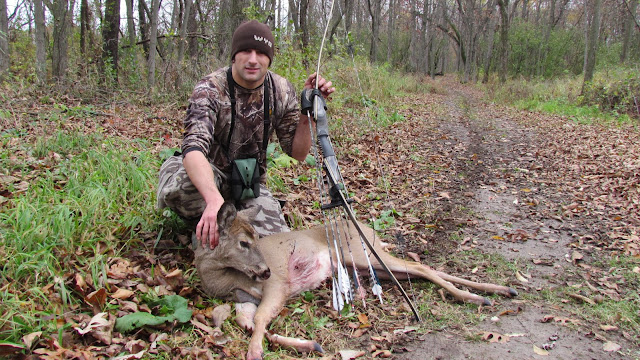 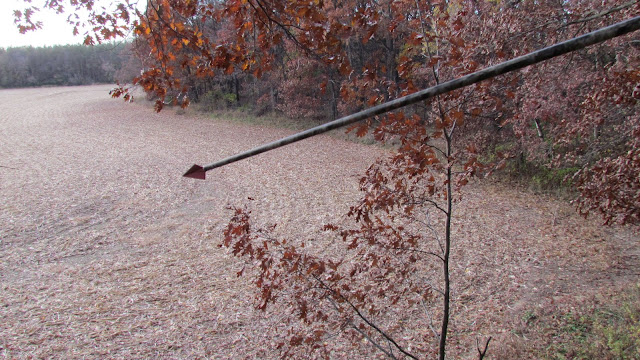 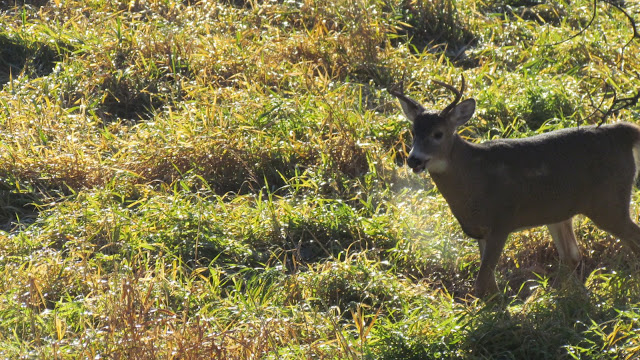 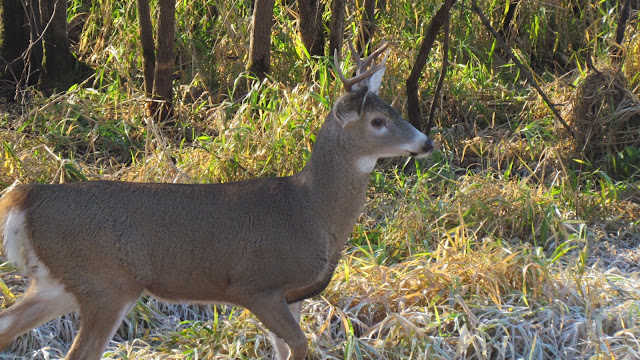 The action was pretty good in Nebraska. The deer were running pretty good and there was several big buck sightings.

One afternoon Danny and Blake spotted a buck and a doe bed down in the tall red grass atop one of the canyons. Blake took point on this stalk and closed the distance to less than 20 yards. When the buck stood up Blake made a lethal shot with his Robertson recurve. 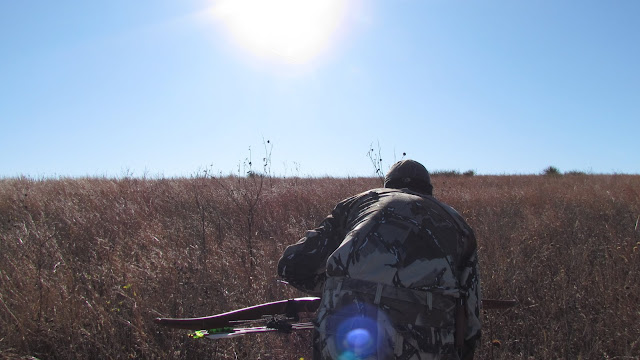 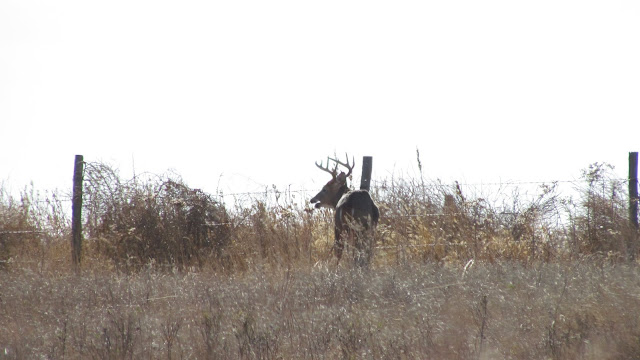 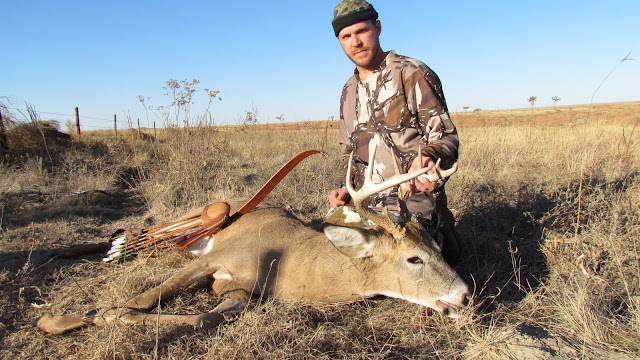 Well the season is winding down but there will be at least one or two more deer hunts coming up. Keep checking back!
Email ThisBlogThis!Share to TwitterShare to FacebookShare to Pinterest