I did not think I was going to get a chance to get to whitetail hunt this year before the gun hunters go in and get everything wound up. With a one year old son at home it is tough to get out that much, and I used up a lot of favors and kitchen points elk and moose hunting. I luckily found a day and a half to hunt though. I went to Nebraska with my cousin, Chad.

I love Nebraska, the open country is great for seeing a lot of deer. I love the canyons, the red grass, the bottoms, and the massive crop fields. In one and a half days I saw mule deer, whitetail deer, a badger, a coyote, an opossum, raccoons, and all sorts of birds.

Here is a field edge where I had a stand set up. I could have shot at a small buck here but I did not want to end my hunt so soon. I enjoying just watching the deer as much as anything. I spent this evening watching lots of deer and enjoying the sunset. Looking out from my stand. 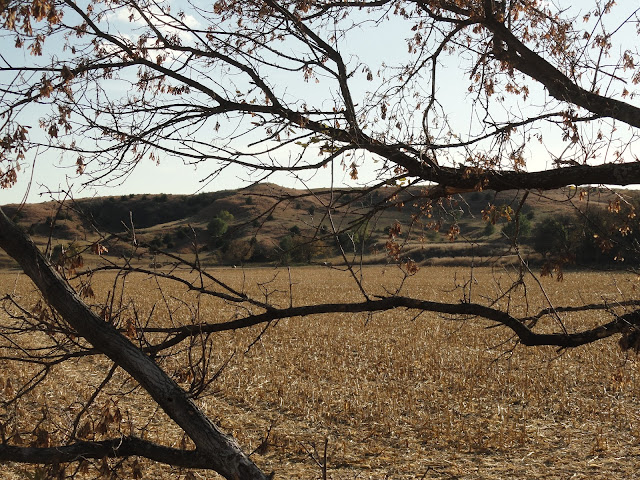 One evening Chad and I decided to hang a stand and sit next to each other. I don't know the farmer too well and he gave me permission to hunt as long as I only shot a doe. I am okay with that. I figured it would be a nice chance to sit and b.s. with Chad, and maybe watch him shoot a nice buck. The chances of shooting a doe here are very high. I knew it would be an enjoyable evening.


A doe right beneath Chad's feet. 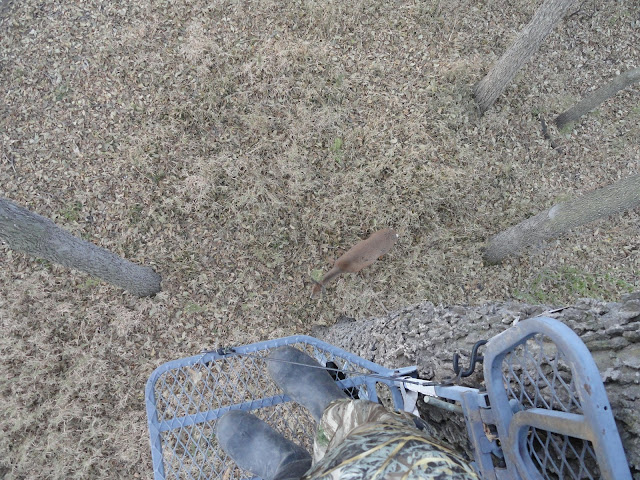 Early in the evening a doe came out of a cornfield and started to feed away from us. No biggie, there are lots of deer here and we knew there would be more. A few minutes after leaving our sight she came bounding back towards us. She ran past us and never stopped long enough, or close enough for a shot. It wasn't long before we saw what spooked her - a beautiful coyote came trotting past us. Those dang things are everywhere...

That doe never really left, she just stood behind us looking at that coyote until he trotted off. Once he did she started making her way back towards us. I am sure she got a little whiff of the two hunters sitting 20 feet above her. She circled us twice, stomping her feet, and even blew a few times before she came close enough for a shot.

She was walking in to my shooting opening when I pulled my bow back. I never really noticed that I let go, nor did I notice that she was walking when I did. My anchor was solid and I felt zoned in on my aiming point. My first reaction after letting go of the string was good, I knew I had picked a spot and I had a good release. The initial arrow flight looked great. The arrow never slowed down when it hit her. One second it was there, the next it was gone. For a split second my stomach sank. That shot was too high. She ran off and I told Chad that the shot was too high. However, as you can see in the video, the doe died exactly 14 seconds after the arrow passed through her.


Upon examining the exit hole, the arrow came out below the center line of her body and closer to her front leg. The video is a bit misleading, the entrance looks further back than it was.

This was the first time I used the VPA Penetrator broadhead. I used the 200gr model. I was obviously very please with the results. 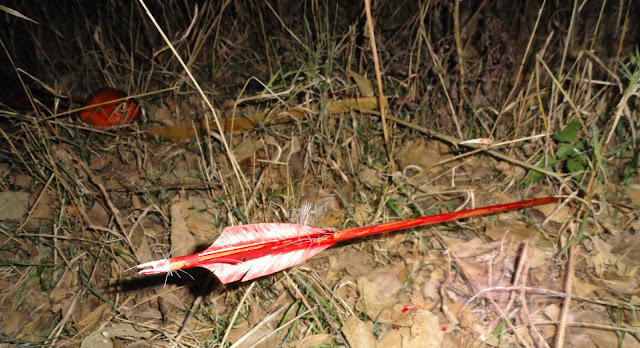 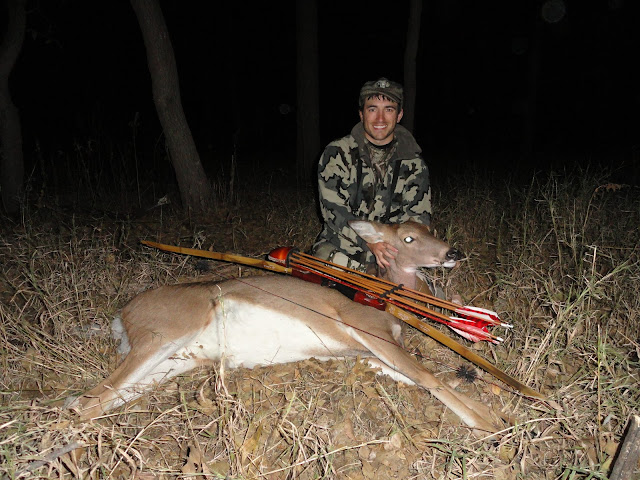 Dad and Danny leave for Wisconsin at the end of the week. We should have a lot more deer hunting stories and, if they're lucky, some success photos as well. Check back soon!
Email ThisBlogThis!Share to TwitterShare to FacebookShare to Pinterest