On fire for trad! 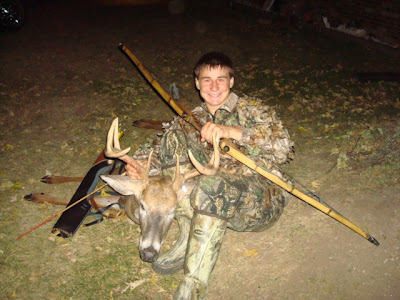 Jarod is a Jr at Cuba City HS in Wisconsin. I wrestled with his older brother in college and have known him since he was 7 years old. Jarod is a fantastic wrestler and in his two years of high school wrestling he has yet to lose a match and has won two state titles.
Jarod has come out to Colorado a few times to train for wrestling at the Olympic Training Center in Colorado Springs. While he was here he came to our shop to shoot some bows and hang out. Already a hunting fool, Jarod immediately fell in love with the longbow and got all set up with a Rampart longbow. We showed him how to fletch and crest his own arrows, which he did. He is doing everything on his own now.
This year he has been hunting hard with his longbow. He killed two does in one evening, for his first deer with a traditional bow. A few nights later he made a perfect shot on this beautiful Wisconsin buck.
Jarod is a driven young man. His archery form is near perfect and he practices daily. He has been hunting on his own this year. Quite impressive for a 17 year old kid to take his skill and his hunting into his own hands and have such great success. 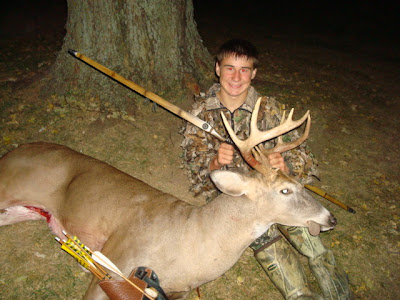 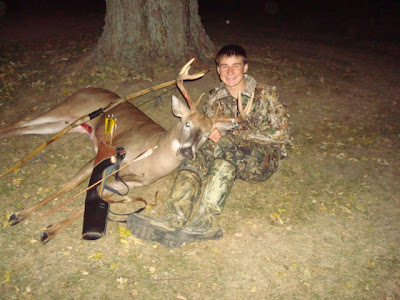 Jarod used a Rampart longbow with a Gold Tip Traditional arrow and a STOS broadhead.
Email ThisBlogThis!Share to TwitterShare to FacebookShare to Pinterest